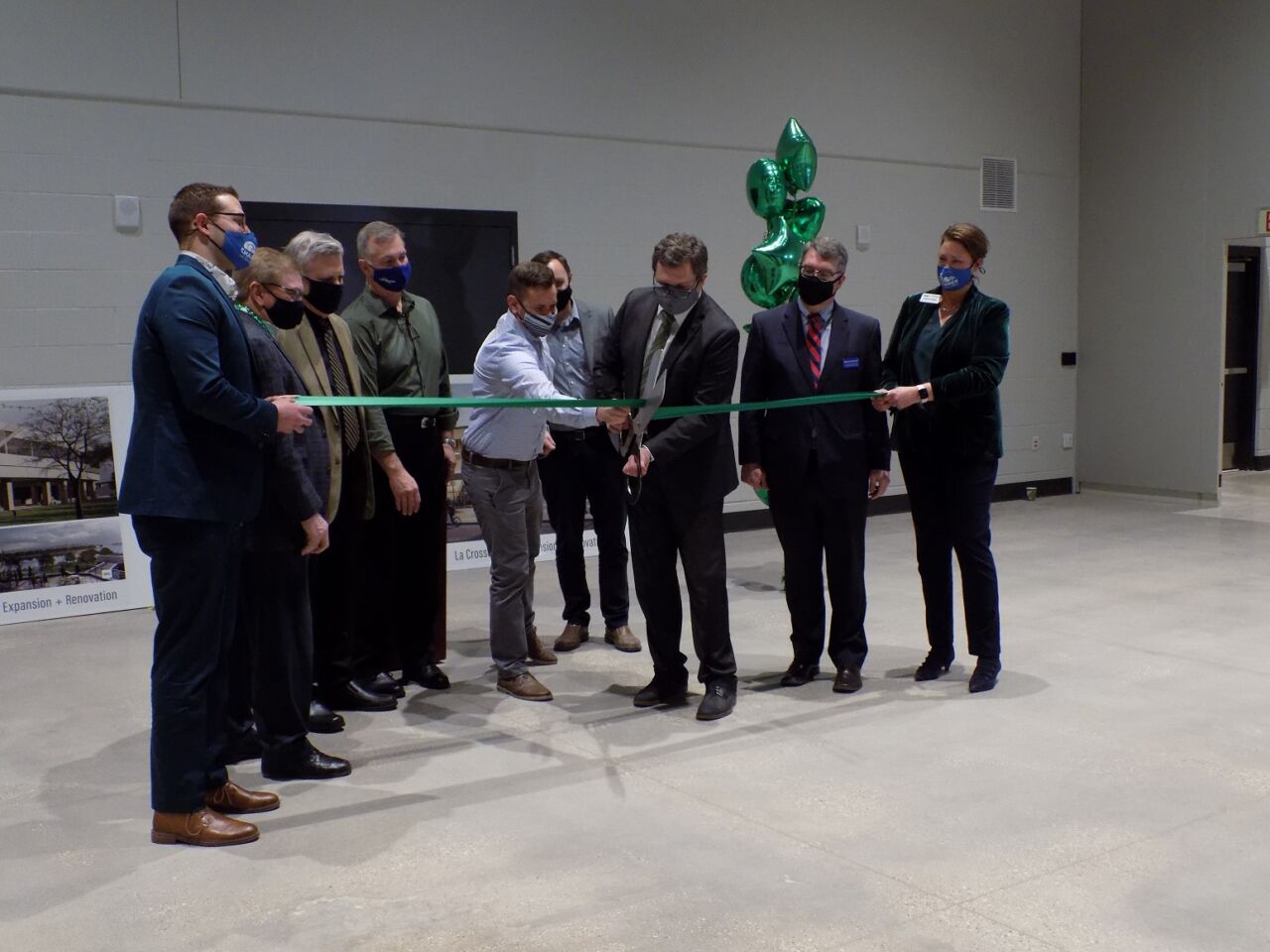 The latest phase of the La Crosse Center remodeling has been finished, with the North Hall and the lobby open for business.

La Crosse Mayor Tim Kabat was among the VIP’s to take part in the ribbon-cutting ceremony…where the oversized scissors couldn’t actually cut through the ribbon.

But Kabat says the $42 million project so far has been moving along quite well, with the new North Hall taking the place of what was “a hole in the ground” less than a year ago.

Center board president Brent Smith says bringing events back to the arena, such as the recent state high school basketball tournaments, shows how the building can benefit the community.