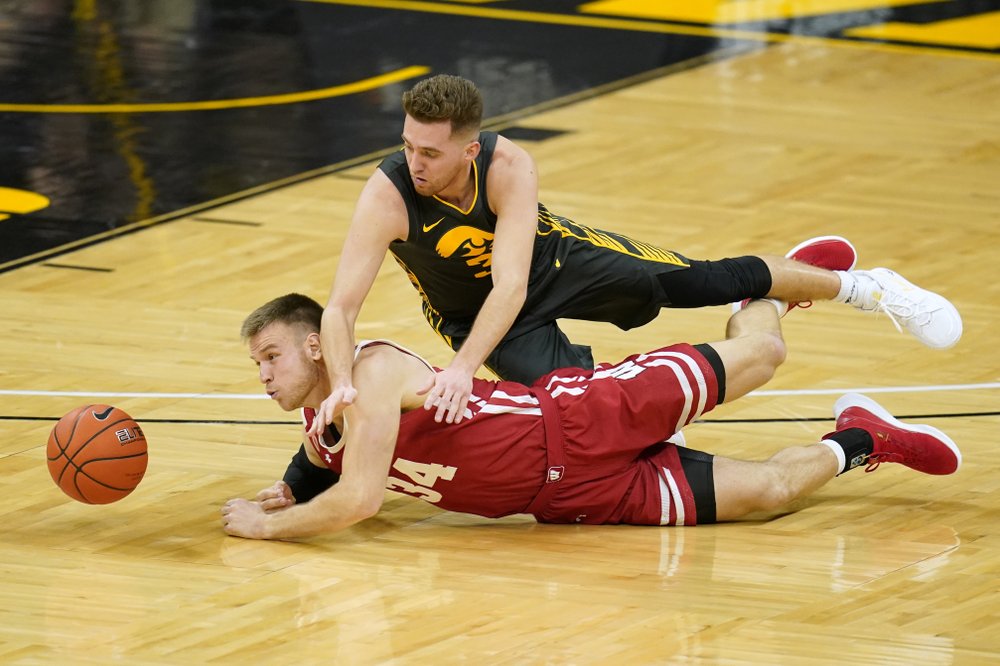 La Crosse’s Jonathan Davis had career-highs in steals and assists, but the University of Wisconsin men’s basketball team fell again to a ranked opponent.

The 25th-ranked Badgers lost Sunday 77-73 to No. 5 Iowa and will be the sixth seed in the upcoming Big Ten Tournament — opening play at 8 p.m. Thursday against the winner of Penn State-Nebraska.

Davis scored 11 points on 3-of-7 shooting, including going 4 of 4 from the line and 1-for-1 from beyond the arc. The 6-foot-5 freshman added a career-high four steals, tied his career-high with three assists, along with two rebounds and two turnovers.

Wisconsin (16-11, 10-10) finished the regular season losing five of six — all those losses to ranked opponents, along with the lone win to unranked Northwestern.

On the next possession, Wisconsin’s Brad Davison and Iowa’s Keegan Murray got tied up under the hoop. Murray was called for a foul, while Davison received a flagrant for a hook and hold, after a review.

The call did not make UW coach Greg Gard happy.

“It appears to have become the ‘Brad Davison rule,'” Gard said. “It’s become a joke.”

Davison hit his free throws, then Iowa did the same, putting them up 76-73.

Davis then got a steal on Bohannon after the inbound with 18 seconds to go but Aleem Ford missed the tying 3-pointer with 12 seconds on the clock.