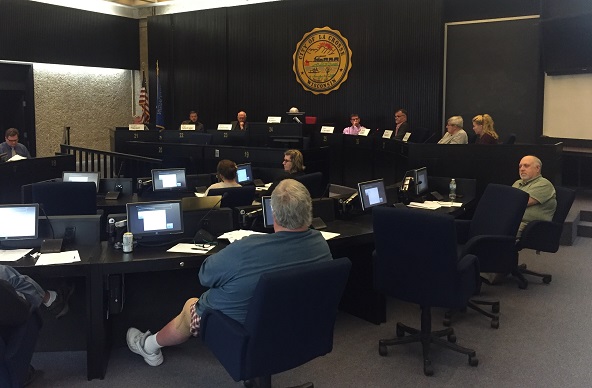 City council meetings in La Crosse could be moved to a community center for a few months this year, while their regular meeting room gets a makeover.

The city board of public works was told on Monday about plans to remove asbestos from the council chambers and City Hall lobby between now and the end of the year.

The first floor of City Hall would be remodeled after the asbestos is taken out.  Council meetings would be held temporarily at the Southside Community Center, near Gundersen.

The remodeling might take until December to complete, but city park director Jay Odegaard says there’s a good chance it will be finished earlier.

The council chambers have remained mostly unchanged from the way they were when City Hall opened in 1970. Some council desks were removed in previous years, and the permanent audience seating was taken out last year.