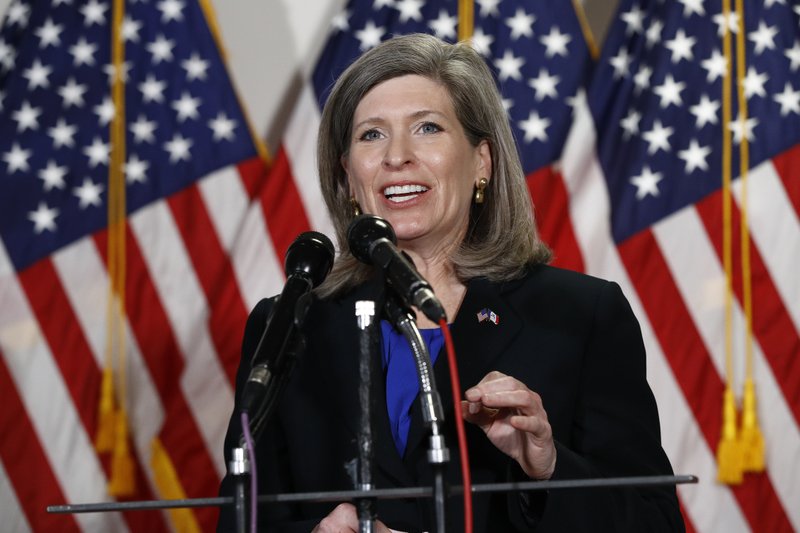 The lawsuit asks a federal judge to declare that Iowa Values became a political committee as of June 2019 and order the group to register, file documents and provide information on fundraising and expenditures.

The lawsuit also seeks a civil penalty against Iowa Values, along with court and attorney fee costs.

There was no immediate reply to messages sent to Ernst’s spokesmen or to Iowa Values.

The CLC filed an administrative complaint with the Federal Election Commission in December 2019, but the commission failed to take action for more than a year. In October a federal judge issued an order demanding the FEC take action on the complaint by Jan. 12 but the agency did not respond. On. Feb. 11 the judge granted CLC the right to sue under the Federal Election Campaign Act.

Political nonprofits are often referred to as “dark money” groups because they can raise unlimited sums and do not have to disclose their donors. But such tax-exempt groups are forbidden from making political activity their primary purpose.

The complaint requested an FEC investigation. It also argued that internal Iowa Values documents revealed by the AP showed the group’s major purpose is political activity, likely violating the conditions of its tax-exempt status while breaking campaign finance laws that obligate the group to register as a political committee with the FEC and disclose its anonymous donors.

The FEC, which must have at least four members on the commission to conduct business, has not had a quorum for much of the last two years since former President Donald Trump failed to make appointments.

That meant the commission responsible for enforcing federal campaign finance laws has been unable to conduct business. The commission hasn’t had all six commissioner seats occupied since 2017. In December the Senate confirmed three Trump appointees to return the commission to full staffing.

In the lawsuit the CLC claims Iowa Values was formed in June 2019 to support Ernst’s campaign and ran paid advertising through Google and Facebook naming or featuring images of Ernst and promoted her as a leader. Advertising valued at hundreds of thousands of dollars continued up until the November election.

The lawsuit also alleges a consultant and fundraiser for Ernst’s campaign sent an email to a potential donor soliciting a $50,000 contribution on behalf of Iowa Values in July 2019 to promote issues Ernst advocates.