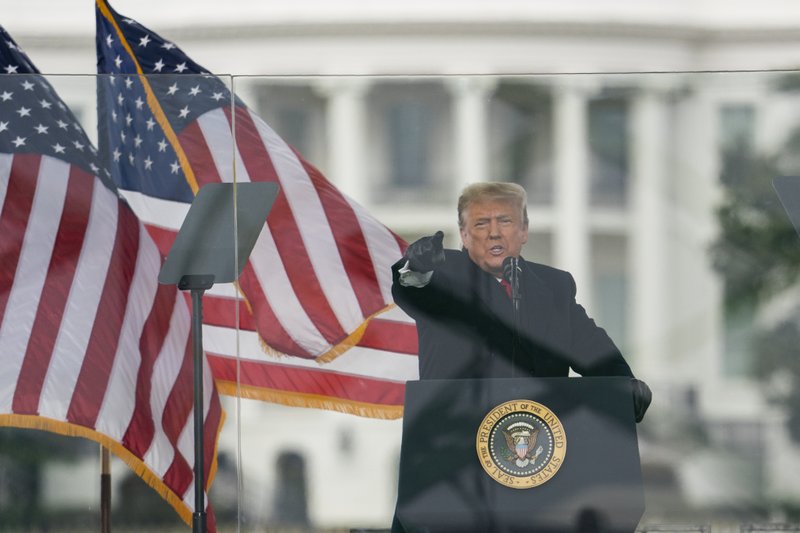 Enough senators have cast “not guilty” votes to acquit Donald Trump of inciting the Jan. 6 attack on the U.S. Capitol. The vote will give the former president an historic second acquittal in an impeachment trial.

House Democrats, who voted a month ago to charge Trump with “incitement of insurrection,” needed two thirds of the Senate, or 67 votes, to convict him. The final vote was 57-43 for conviction, with 7 Republicans voting along with Democrats to convict Trump.

Wisconsin Republican Sen. Ron Johnson voted for acquittal with most Senators from his party.

The Democrats argued in the short trial that Trump caused the violent attack by repeating for months the false claims that the election was stolen from him, and then telling his supporters gathered near the White House that morning to “fight like hell” to overturn his defeat. Five people died when they then laid siege to the Capitol.

Trump’s lawyers argued that the rioters acted on their own accord and that he was protected by freedom of speech, an argument that resonated with most Republicans. They said the case was brought on by Democrats’ “hatred” of Trump.

The White House was not involved in the discussion on Capitol Hill about calling witnesses for former President Donald Trump’s impeachment trial. That’s according to a senior administration official not authorized to publicly discuss private conversations and speaking on condition of anonymity.

The official says White House officials were watching the drama over witnesses play out in the Senate, but were not involved in brokering the agreement that ultimately allowed the trial to proceed to closing arguments and a vote Saturday.

President Joe Biden spent the weekend with family at Camp David, the traditional presidential retreat in Maryland, and had plans to meet with his national security advisers on Saturday.

Former President Donald Trump is welcoming his second impeachment acquittal and says his movement “has only just begun.”

Trump in a lengthy statement is thanking his attorneys and his defenders in the House and Senate, who he said “stood proudly for the Constitution we all revere and for the sacred legal principles at the heart of our country.”

He is slamming the trial as “yet another phase of the greatest witch hunt in the history of our Country.” And he is telling his supporters that, “Our historic, patriotic and beautiful movement to Make America Great Again has only just begun” and that he will have more to share with them in the months ahead.

While Trump was acquitted by the Senate, seven Republicans voted to convict him, making it the most bipartisan vote in the history of presidential impeachments.