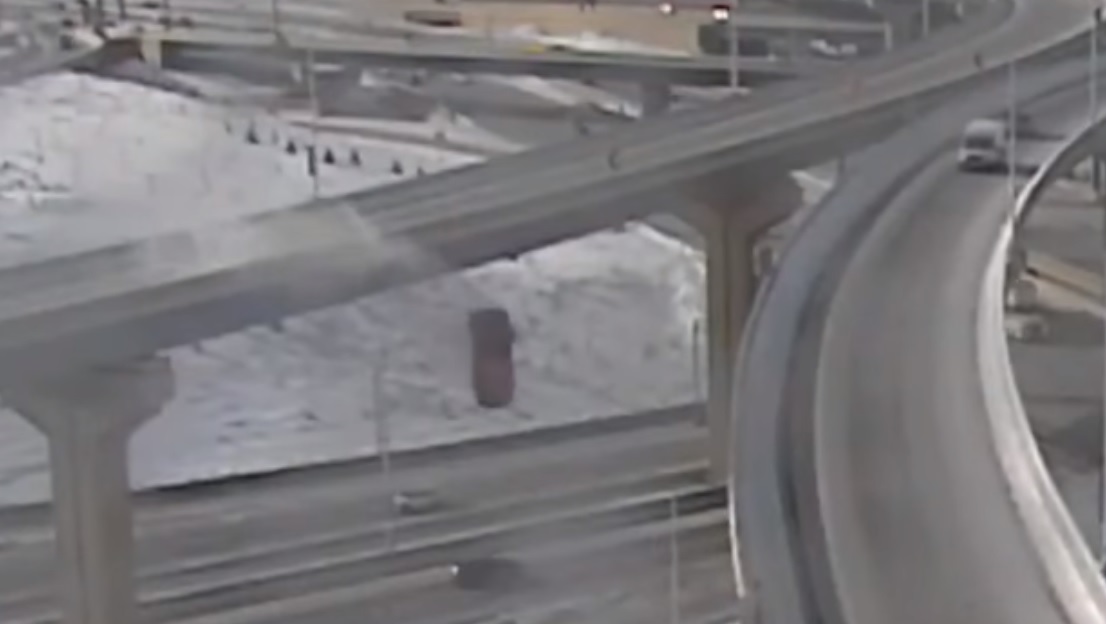 MILWAUKEE (AP) — A driver survived when his pickup truck plunged about 70 feet off a slippery interchange exit ramp in Wisconsin.

A Wisconsin Department of Transportation camera captured the Milwaukee-area crash. The video shows the pickup hitting snow on the right shoulder before flipping over the barrier wall and plummeting to Interstate 94 below as cars pass by.

When deputies arrived, they found the pickup upright in the right shoulder of the westbound I-94 lanes, the sheriff’s office said. Two people were already trying to help the driver, who was conscious and breathing.

The man was taken to a hospital to be evaluated, sheriff’s officials said.

A highway official said crews work as quickly as possible to eliminate snow from shoulders in order to avoid crashes.

“The biggest risk with that is the melting and the freezing creates sort of a ramp, a natural ramp,” Milwaukee County’s Director of Highways and Maintenance Eddie Santiago told WISN-TV.

Santiago said that after plowing, snowplows shift to snow removal from bridges and overpasses because of the potential danger.