Woman found after going missing in the Kickapoo Valley Reserve

Alcohol appears to be factor in Viola rollover crash

Two fall into Black River, but made it out safely, as La Crosse dive team searched 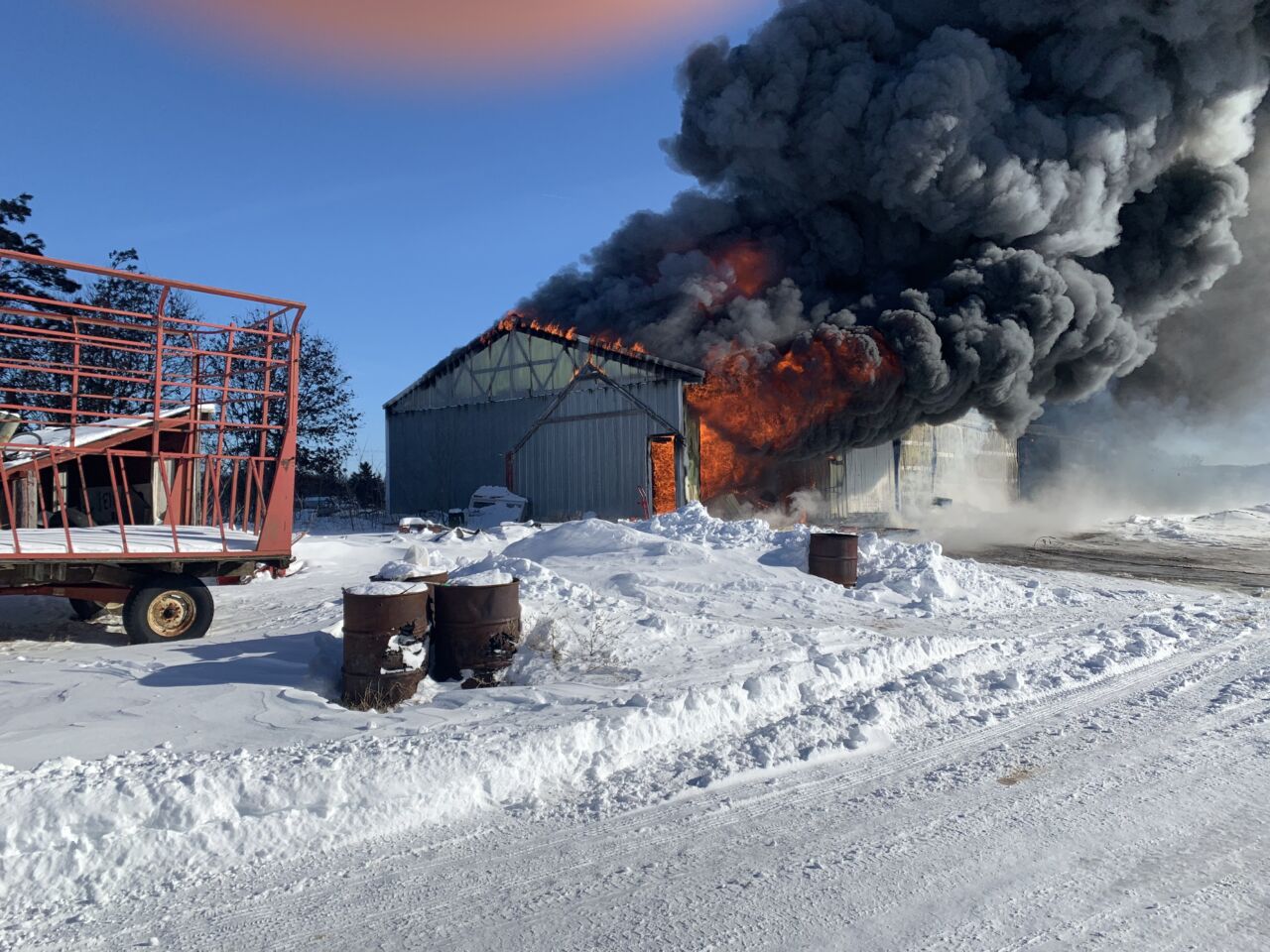 A machine shed and its contents were lost in a fire that happened around 9:37 a.m. Sunday along County Hwy. A.

The Sparta Fire Department was called to 15545 County Hwy. A. Fire Chief Mike Arnold said the building was fully engulfed and live wires were down.

The shed that measured 36’x96′ was a total loss along with tools, a pickup, a gator, and many pieces of equipment. Arnold said the firefighters worked in temperatures 20 degrees below zero, which caused the fire ground to become very dangerous.

Currently, Arnold believes the fire started at the north end of the shed because that area housed a wood stove.

While on that scene, a second fire call came in at 7769 Garnett Ave. around 10:46 a.m. A skid steer was on fire in a shed. The owners pulled the skid steer out of the building, and crews extinguished that flame. There was minor smoke damage to the shed.

Chief Arnold said it is not uncommon to have fires back-to-back, and that is why it was important to have units ready to respond to a second call.