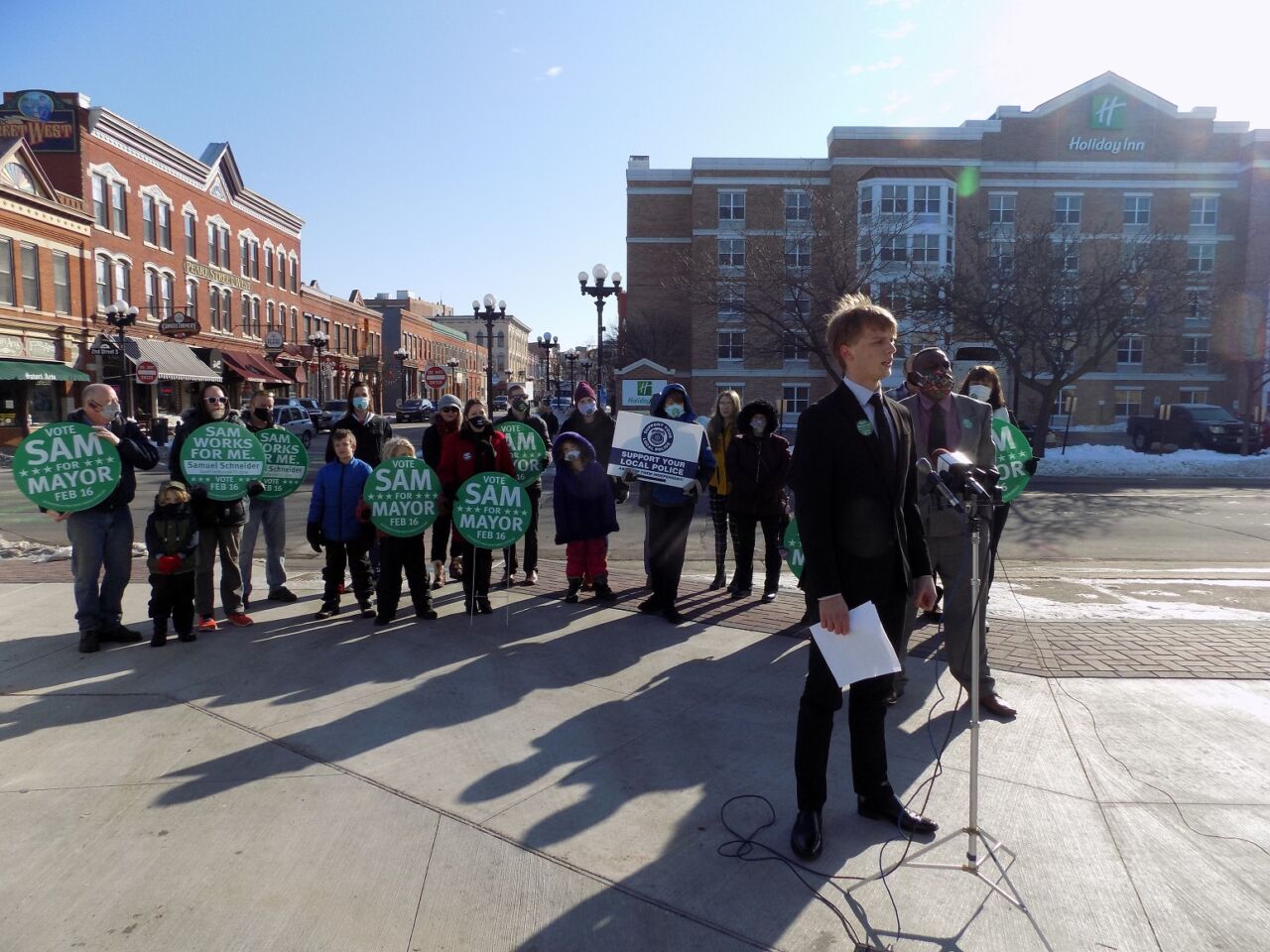 Is the mayor of La Crosse overpaid?  Candidate Samuel Schneider promises to take a $30,000 pay cut if he wins the April election for mayor.

That would lower the mayor’s salary to about $52,000.  Schneider says he would donate the excess money to charities, in support of citizens who have lost money or work during the pandemic.

But Schneider does not support making the job of mayor only part-time, citing a 2012 referendum vote against having a city administrator in La Crosse.

Schneider announced the pledge outside the La Crosse Center, to show support for the civic center which is undergoing a $42 million expansion.