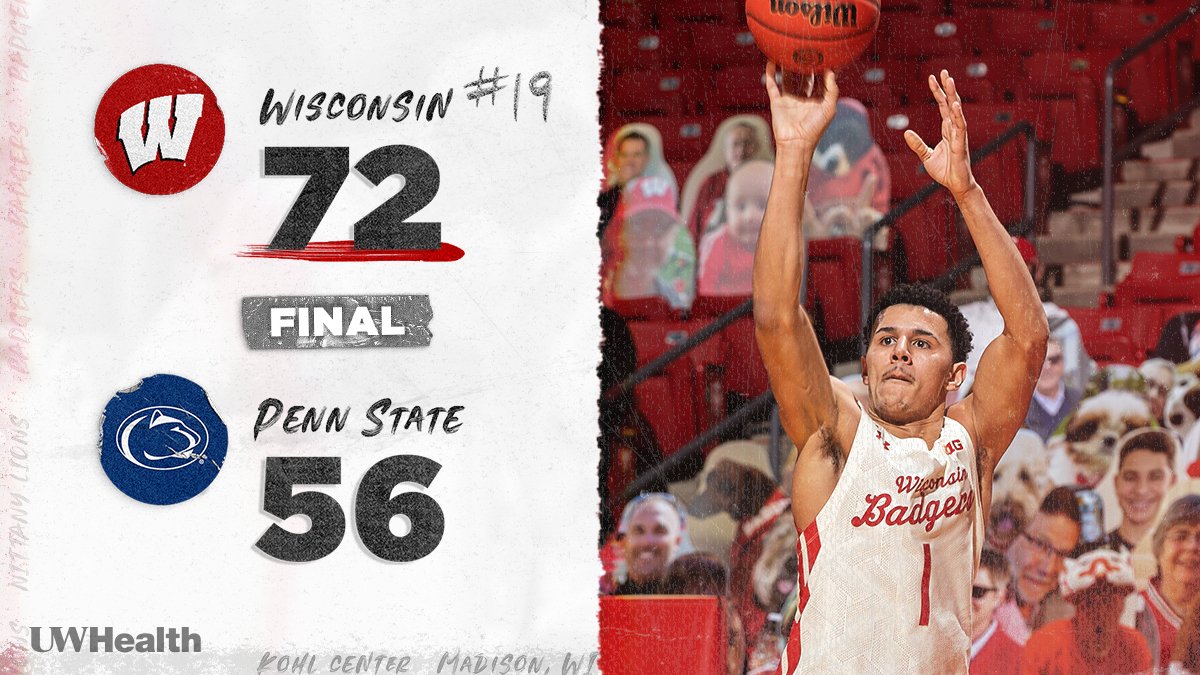 That’s the line for La Crosse native Jonathan Davis in the 72-56 win for the University of Wisconsin men’s basketball team Tuesday over Penn State.

Davis had career highs in points, 3-pointers, field goals made, steals and turnovers.

The freshman was 6-for-7 from the field, including 4 of 4 from beyond the arc. Davis also had four rebounds, three steals — which tied a career high — an assist and six turnovers.

Davis had missed his past eight 3-pointers and came into the game shooting 41.4% from the field and 23.5% from beyond the arc.

“To see that first one in a while go down was a really good feeling,” Davis said.

Wisconsin (14-5, 8-4 Big Ten) was up just 33-31 at halftime before coach Greg Gard got his team composed heading out of the locker room.

“His message was just to slow down, hit the brakes a little bit, be composed, make the right reads and just really slow down,” Davis said.