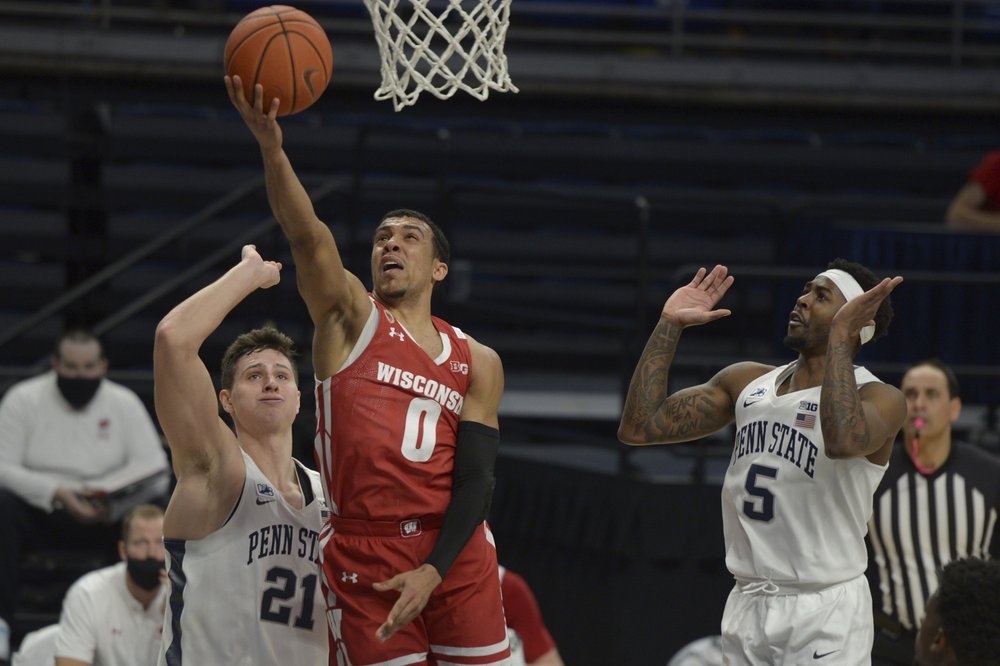 For the first time since 2011, Penn State defeated the University of Wisconsin men’s basketball team.

The Badgers blew a seven-point halftime lead in losing 81-71 on the road Saturday. Wisconsin could

Davis had five points — shooting 2-for-3 from the field — three rebounds, two assists a block and a steal in 20 minutes — the freshman’s sixth-lowest minute total for the Badgers (13-5, 7-4 Big Ten).

Davis fouled out with 15 second remaining in the game. He committed all five fouls in the second half.

The Badgers shot 7-for-28 from beyond the arc and gave up 15 points on 12 turnovers. Penn State wasn’t much better from deep (8 of 24) but only had six turnover and had 17 fast-break points.