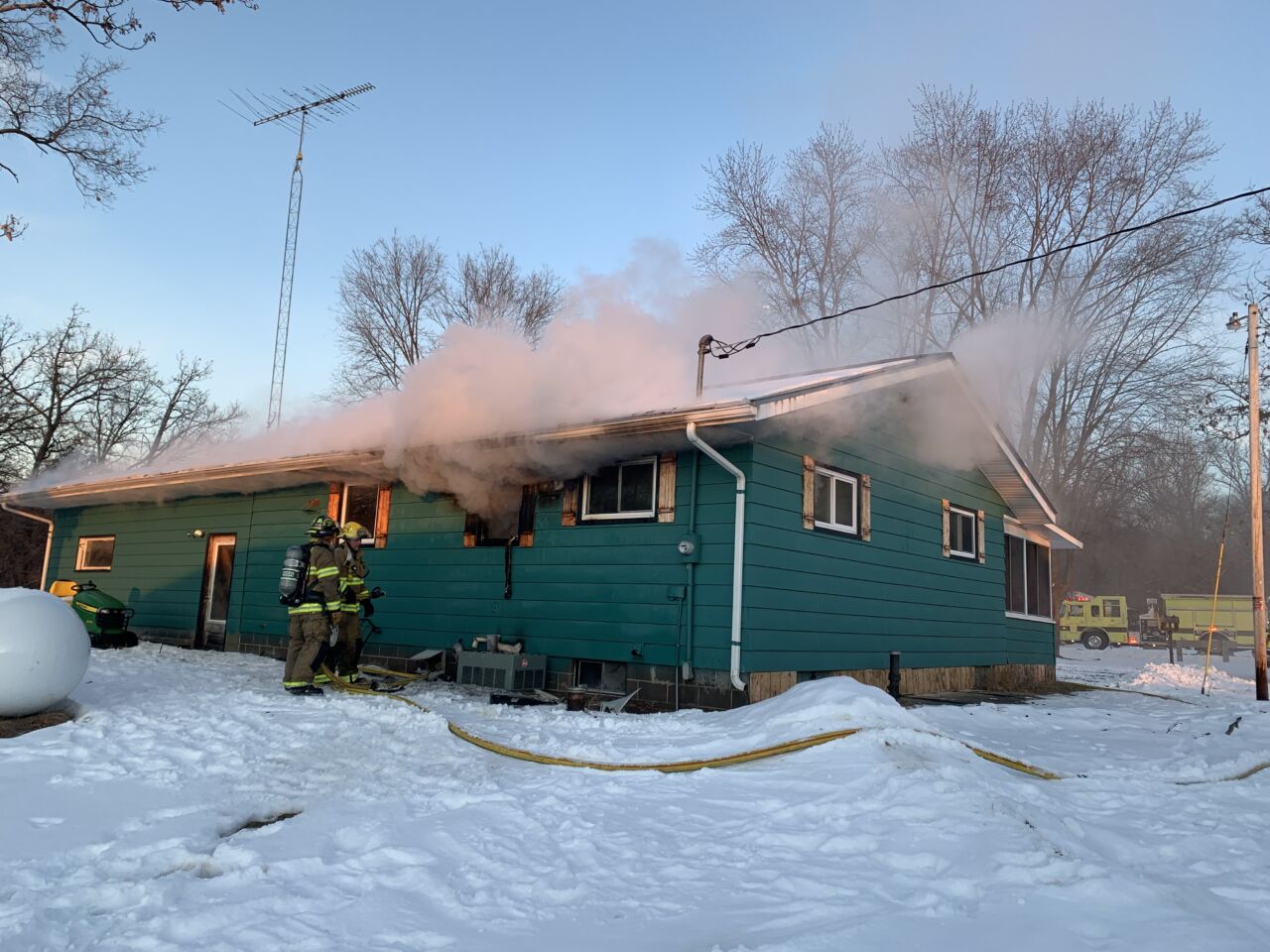 The Sparta Area Fire District responded to a house fire around 4:20 Tuesday night.

The homeowner left 4097 State Hwy. 17 around 1:30 p.m. and said everything seemed normal in the house, according to the Sparta fire Department. The daughter came home from school around 4:10 p.m. and noticed the house was full of smoke. She called her dad who then called 911 to report the fire.

The daughter safely got the family’s two dogs out of the home.

When fire crews arrived, they saw heavy smoke and believed the fire started in the basement and burned up through the first story floor. They were on the scene for four hours.

The home had heavy damages, but nobody was hurt. The cause of the fire is under investigation.