Health officials: ‘Couple months’ to other side of pandemic

Wisconsin supply of new vaccine will dip after next week

Wisconsin to get 47,000 doses of newly approved vaccine 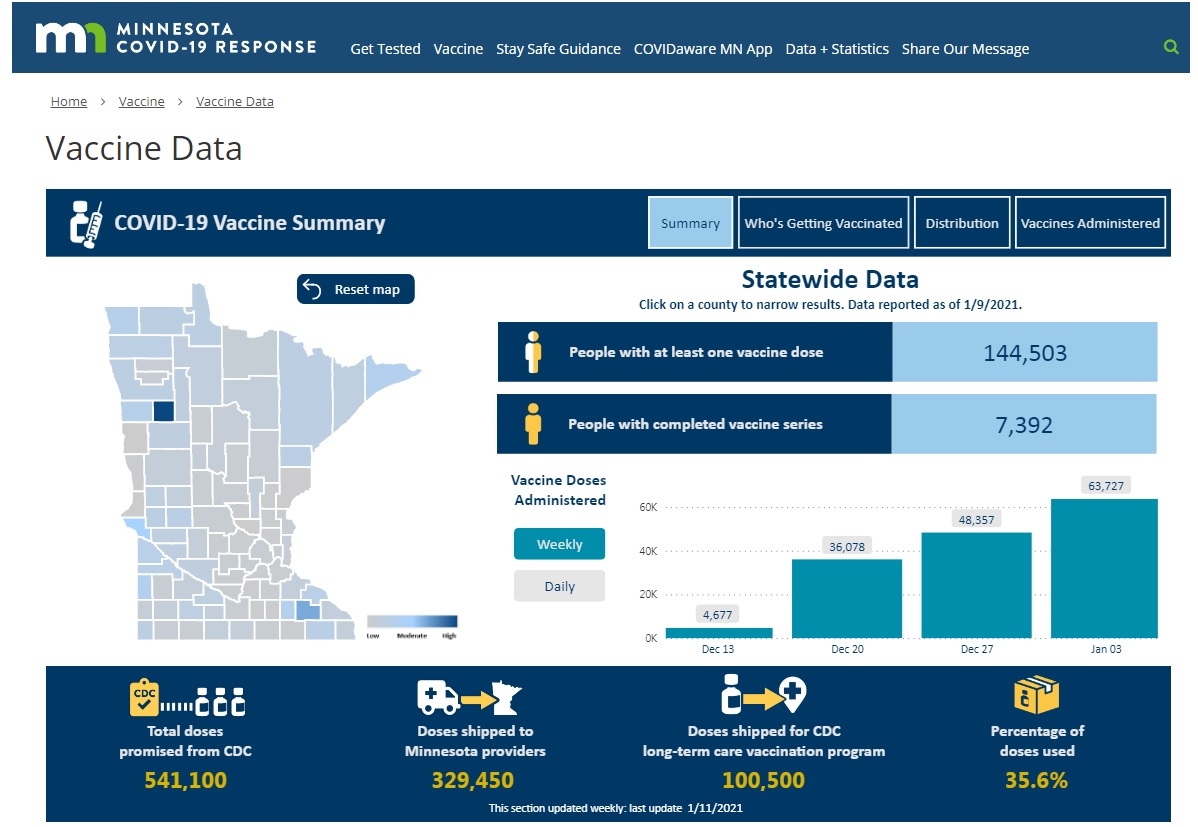 MINNEAPOLIS (AP) — Gov. Tim Walz on Monday announced changes in the sign-up process for a community vaccine program for seniors, teachers and child care workers after heavy demand last week crashed a website and angered many people who could not get through.

For more information on vaccines in Minnesota, click here to go to the state’s DHS page.

State officials have shifted from a first-come, first-served system to a lottery that allows 24 hours to sign up, beginning at 5 a.m. on Tuesday, for Minnesotans over 65 for a chance to be randomly selected for an appointment. The registration system just launched last week, only to be clogged with calls and the website to crash due to significant demand.

The state will also hold a mass vaccination event for teachers, school staff and child care workers in the metro area at the Xcel Energy Center in St. Paul starting on Thursday and continuing through Feb. 1. State officials are reserving 15,000 Moderna doses for the event, which will free up the sites in Brooklyn Center and Blaine to only serve seniors this week.

The program, which began last week, has administered first doses to more than 13,300 individuals at the nine sites across the state. Only about 8,000 doses are reserved for seniors through the program this week, diverted from the state’s weekly allotment of 68,000 — which includes second doses reserved for those who have received their first shot.

As of Friday, 266,985 first doses have been administered statewide and 67,436 individuals have received both shots of vaccine. Just over 49% of 682,675 doses shipped to Minnesota have been used.

The Minnesota Department of Health on Monday reported 794 new infections and 3 deaths — the lowest number of new single-day infections since September. The state’s total’s now stand at 455,783 cases and 6,098 deaths since the start of the pandemic.

As of Thursday, 543 patients were hospitalized with complications due to COVID-19, including 104 in intensive care. The seven-day average of daily deaths in Minnesota continued to decline over the past two weeks, going from more than 39 deaths on Jan. 10 to 24 on Sunday, according to The COVID Tracking Project.