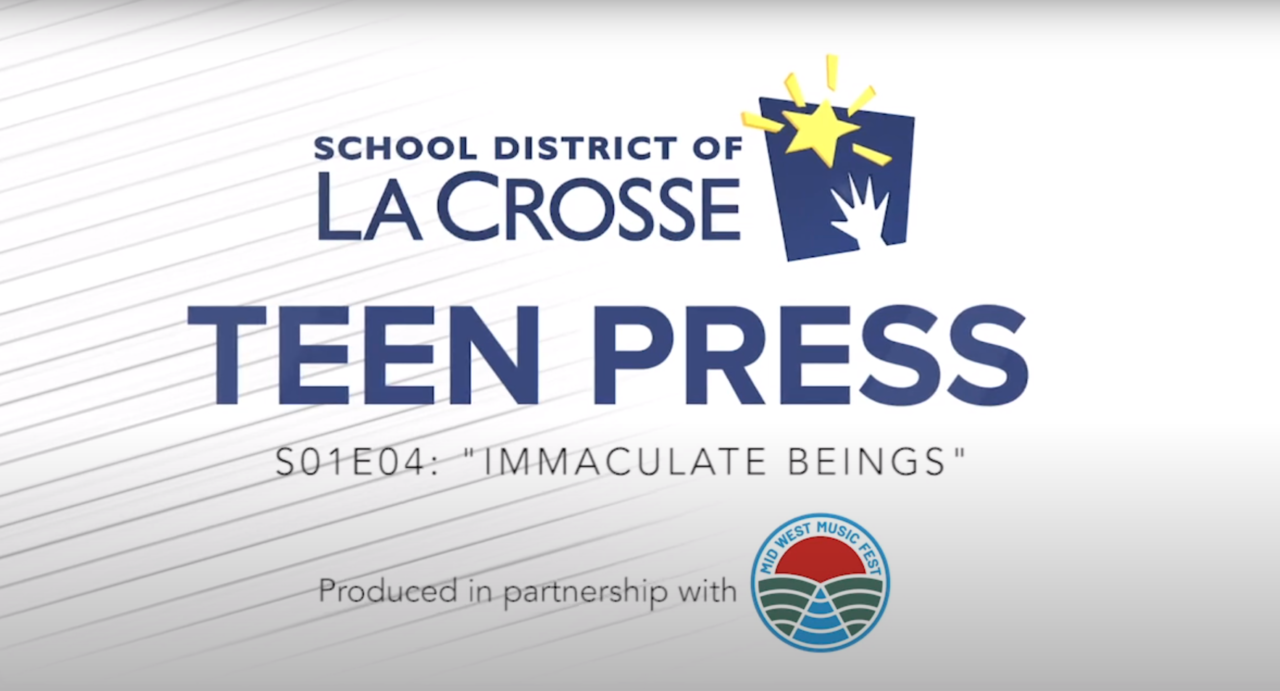 “Cotter High School in Winona began the process in the area, and they extended the invite to La Crosse,” Longfellow Middle School Instructor Stephanie Hein said. “It was initially proposed last year, and we were pumped about it. Then COVID struck, and we had to take a different perspective and look at it this year.”

She explained Teen Press is an extracurricular activity that students eagerly joined.

“These kids are amazing,” Hein said. “They are doing this above and beyond what they are doing each and every day. I’m just proud of these guys for taking on something new during that sometimes feel really isolated and really alone. They’ve grown in that goes beyond the world that we’re caught up in right now. I’m proud of this group and this community for providing these opportunities for us to take action.”

Longfellow student Abigail Holmes said it was an outlet for her to be involved even in a pandemic.

“Since COVID started, you can’t really get out of your house and do anything,” she said. “I thought it was a great way to expand social skills with a complete stranger. It is great to get to know people.”

A fan of music, Longfellow student Nathan Ivens said he joined to learn from the artists.

“I like the interviewing part and getting to know the meaning behind songs from musicians and bands,” he said. “I didn’t think I could interview a musician, so it was cool to actually do that.”

They put in plenty of prep work before the interview. After selecting who they would feature, the students would contact the artist to schedule a time to meet. After researching the artist, they conducted an interview that typically lasted about 30 minutes.

Holmes and Ivens admitted they were nervous to take on this new adventure, but both agreed they would like to participate in Teen Press again.

After its first successful series, Hein hoped the school can open it up to more students and keep their experienced members on the team. She credited LASD Communications Coordinator Nick Marcou for helping the students by creating graphics and helping with edits to bring it all together.

“We really do look forward to making this a full-circle student project where he can just be someone who watches and helps them create the video so that will even open up more opportunities for students who don’t necessarily want to get in front of the camera but want to be behind the scenes and putting the images together and putting that final piece out.”

Teen Press videos can be found on the School District of La Crosse’s Facebook page and YouTube channel.