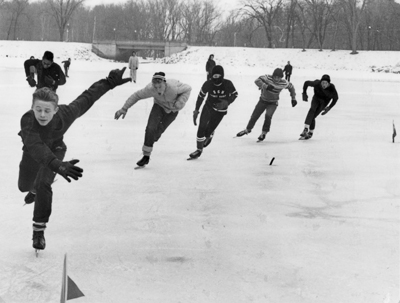 Plans for a special ice skating trail at Myrick Park are being reviewed by the La Crosse park board.

Members of the Outdoor Recreation Alliance have offered to prepare a winter trail for skaters in the La Crosse River marsh, near the gun club shelter at Myrick.

The idea reportedly came about because of low snow levels this winter, to give people a new option for enjoying ice and snow sports.

The park department is concerned about the suggested location, because the marsh area near the gun club is considered ‘impaired’ from lead pellets left on the marsh bottom from decades of trap shooting.

The Pettibone lagoon also has been suggested as a site for a skating path.

The park board has approved a request for a “Little Free Sled Library” at the Forest Hills golf course, which will provide sleds for people to borrow so they can ride down the snow-covered hills.