A reminder to have appropriate address signage in case of emergencies

PFAS testing in La Crosse County could be expanded

Pearl Street fire may have started by homeless seeking warmth

Rescue crews called for someone stranded near Grandad Bluff 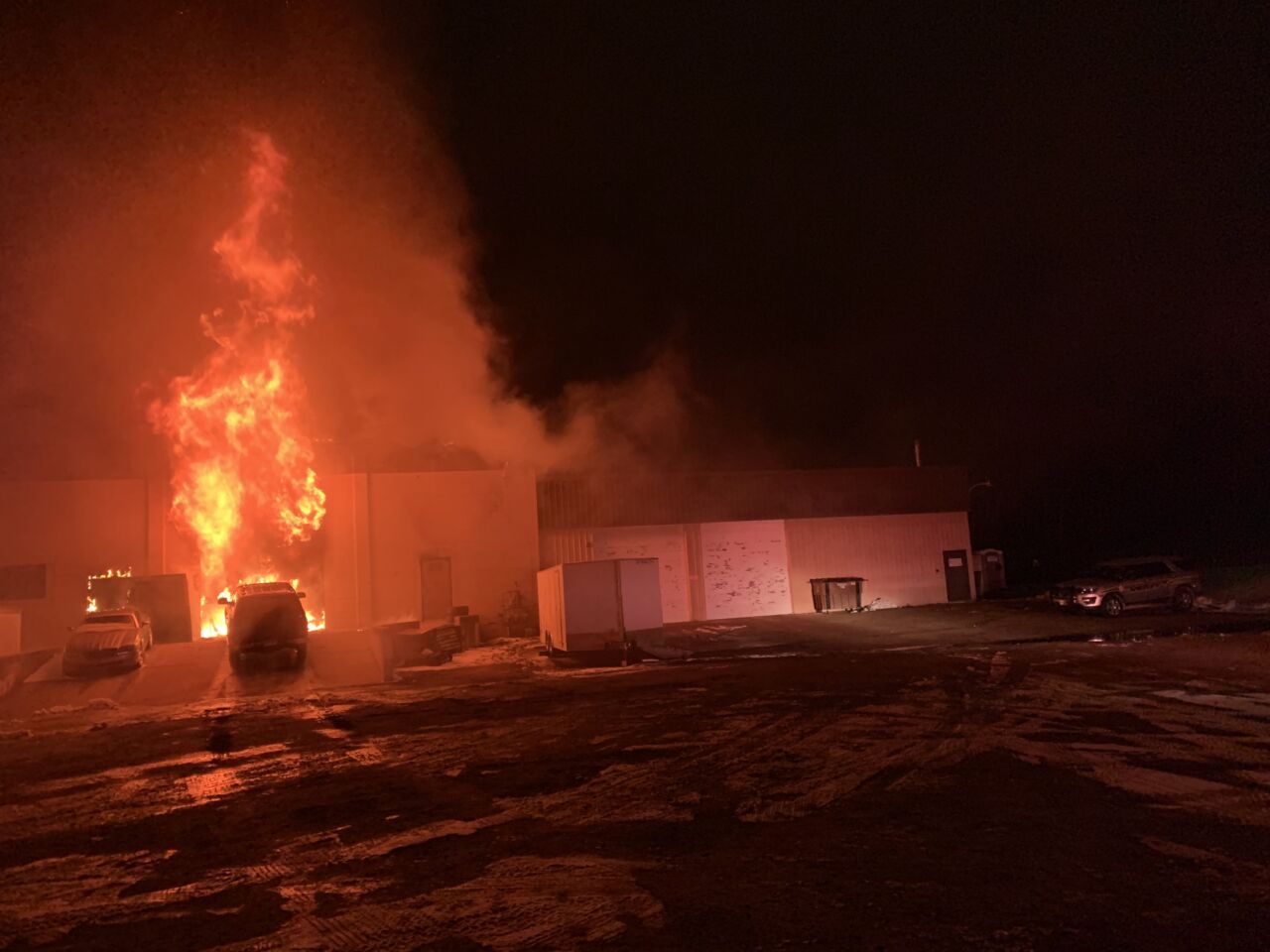 A Friday night fire in Sparta ended with no injuries, but damage to several businesses.

The Sparta Area Fire District was dispatched to 112 Milwaukee Street at 6:43 p.m. to a reported structure fire.

Chief Mike Arnold said he arrived on the scene three minutes later and saw one of the suites was fully engulfed in flames. A wall collapsed one hour into the fire.

The building owned by WSR properties houses eight tenants. Arnold said one suite was completely destroyed, and two other tenants had fire and smoke damage while two others had smoke damage.

The cause of the fire is under investigation, but Chief Arnold said workers were siphoning fuel from a vehicle using a battery-powered pump, and a spark from the battery caused the fire to start and spread quickly to fuel. A father and son safely escaped and called 9-1-1.

Arnold said 10 vehicles in the building were destroyed, and two other vehicles outside were also damaged in addition to tools and equipment. It is not clear if the tenant where the fire started has current insurance.