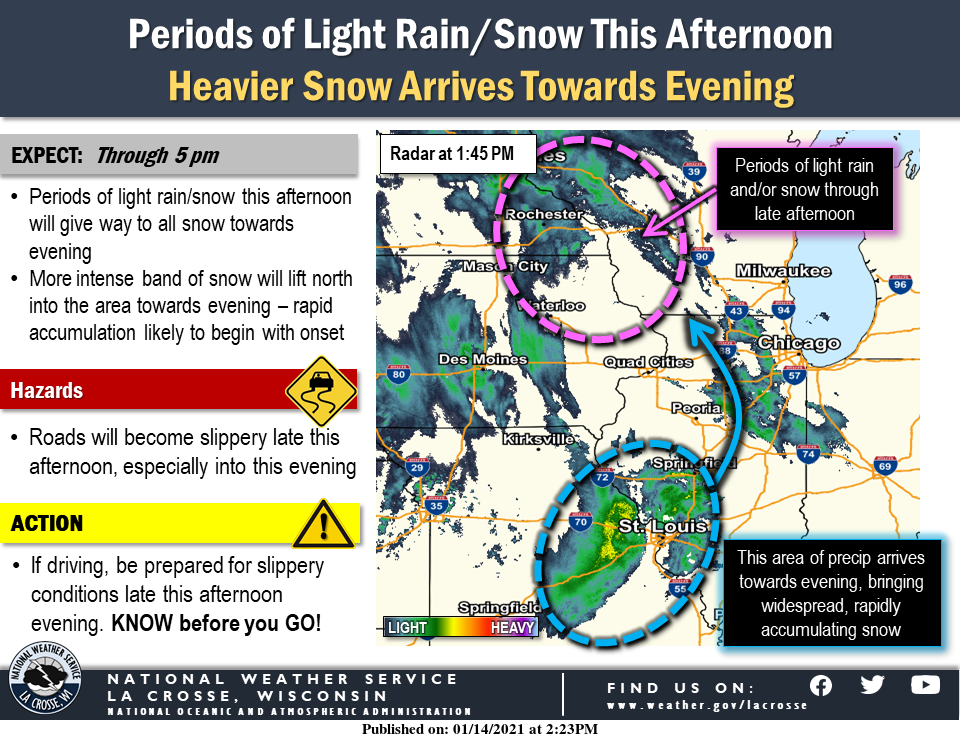 La Crosse is bracing for what could be its biggest snowfall of the season so far, over the next two days.

Could be between 3-7 inches, but it’s slightly lower than what the National Weather Service-La Crosse was predicting earlier in the week.

Snow may be lighter south of Viroqua, while southeast Minnesota is likely to get the worst, including up to 10 inches in Rochester.

La Crosse still has not gotten more than 2 inches of snow in one day this winter. That was the total which fell on December 29th, and the city has had only traces of snow since then.