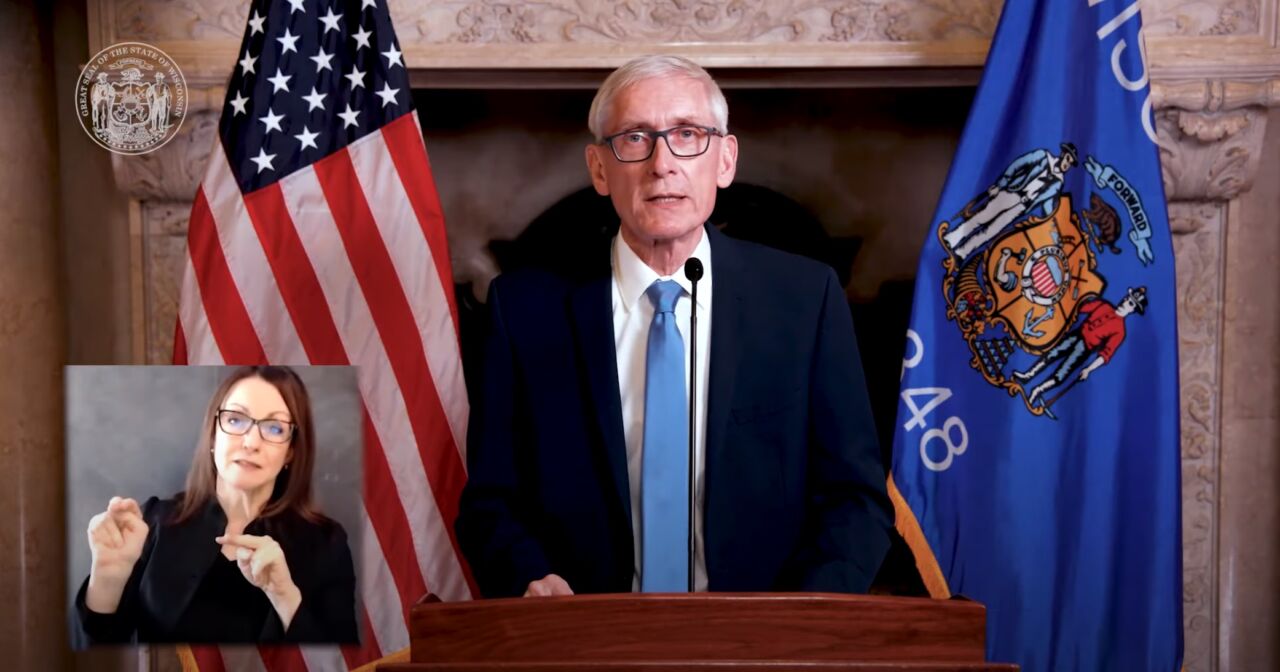 Evers pre-recorded the speech which was broadcast on his YouTube and Facebook channels while lawmakers sitting at their desks in the Senate and Assembly chambers watched.

Traditionally, the governor would deliver the speech in the Assembly with lawmakers from both chambers, members of the Supreme Court, the governor’s Cabinet and other guests crammed in. Concerns about spreading the coronavirus scuttled such plans this year.

Evers announced he was calling a special session for the Legislature to fix the beleaguered unemployment system, which was overwhelmed with record numbers of people filing claims when the pandemic hit. It’s proven to be a huge political liability for Evers, who fired the agency secretary in charge and has sustained months of Republican criticism over how he handled the backlog in claims that’s left some without unemployment checks for months.

Now Evers, a Democrat, is trying to shift responsibility to the Republican-controlled Legislature by forcing them into a special session to take up his plan to modernize the system to speed the processing of claims. He was to release details of his plan on Wednesday.

Evers said if the Republican-controlled Legislature doesn’t address the problem, “the people of this state will hold them accountable at the ballot box.”

But Assembly Speaker Robin Vos, in a response delivered inside the Assembly chamber with no Democrats present, said Evers’ failure to lead was to blame, not an antiquated system.

The pandemic also underscored the problem of broadband access in rural areas and the “digital divide” across the state, Evers said. He declared 2021 the “Year of Broadband Access” and said his state budget to be released next month will include nearly $200 million for broadband improvement. That is five times what was invested over the past three state budgets combined, he said.

Expanding broadband is an issue that has typically found bipartisan support in the Legislature.

Much of Evers’ address focused on the challenges posed by the coronavirus pandemic in what he called an “unrelenting” 2020.

Evers asked for a moment of silence and dedicate the speech to the more than 5,000 people who have died from COVID-19 in Wisconsin to date.

“We’ve made it through a difficult year, folks,” he said. “While it was discouraging, we aren’t defeated. While it was trying, we’re tough.”

Evers was fought by Republicans over many of his efforts to address the virus, including a “safer at home” order the Wisconsin Supreme Court threw out in May. The court is currently weighing a challenge to Evers’ statewide mask mandate.

Republicans have also been critical of Evers’ vaccine distribution plan, saying it’s not getting the vaccine out quickly enough.

“Wisconsin is an embarrassment compared to other states,” Vos said.

Evers and other Democratic governors are urging the federal government to distribute vaccines more quickly, while cautioning that the public likely won’t be inoculated until June.

Evers’ speech came on the same day the state Senate, on a bipartisan vote, passed a COVID-19 relief bill. Evers praised it as a compromise and called on the GOP-controlled Assembly to pass it, but that appeared unlikely. Vos inferred that senators caved to Evers’ demands and vowed to continue working toward a deal.

Evers will release his two-year state budget plan next month, laying out in detail his priorities for the second two years of his term, which will consume much of the Legislature’s time this spring and into the summer. The Legislature is also tasked with the once-a-decade task of redistricting this summer.

Evers last year in his State of the State speech announced the creation of a commission to draw maps that will serve as an alternative to what the Republican-controlled Legislature creates. That commission has been holding meetings across the state to gather feedback.

Evers said his budget will include requirements for the Legislature to consider the maps his commission creates and force lawmakers to create their maps in public. Republicans will almost certainly quickly reject those requirements.