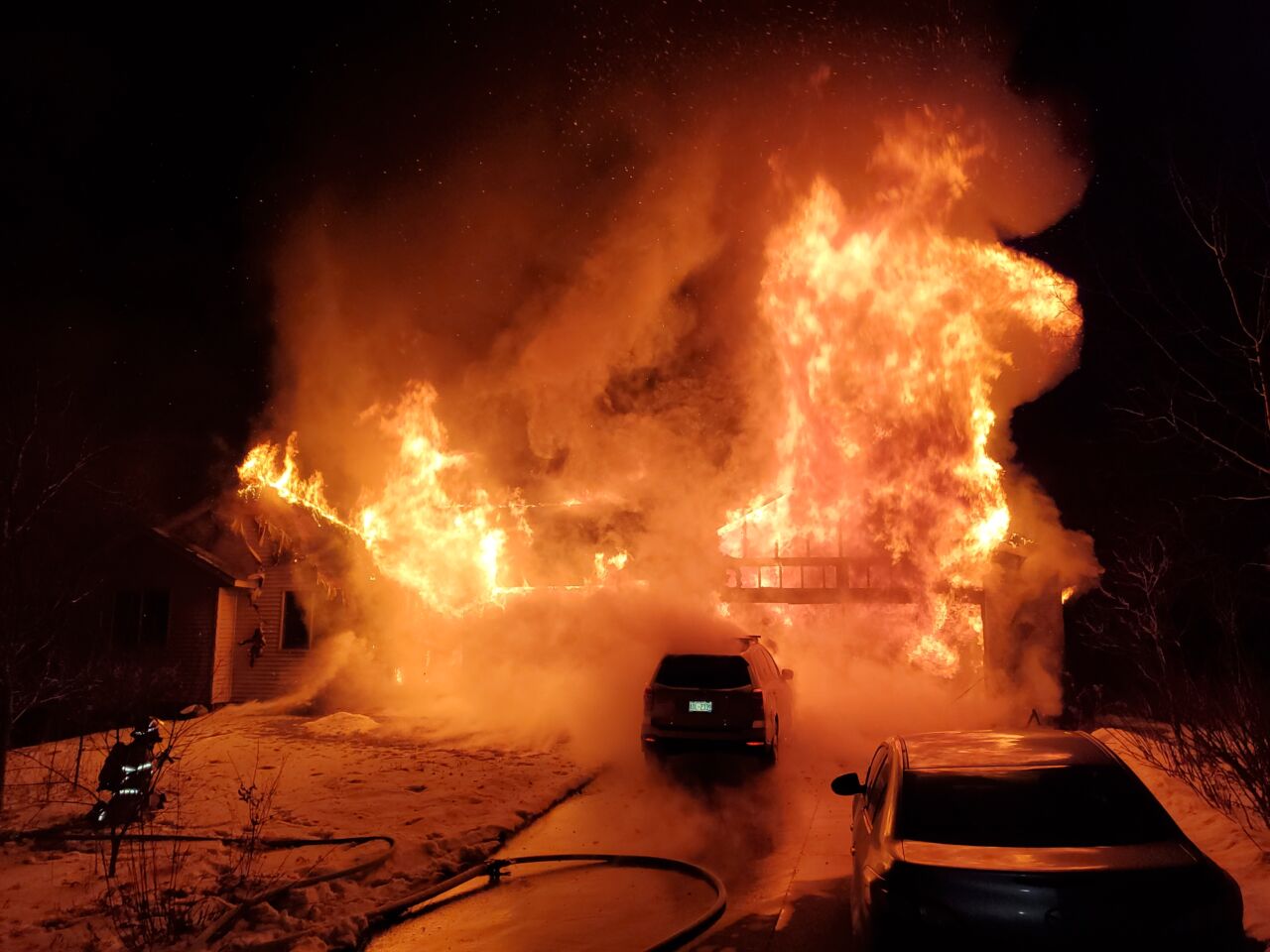 A family of four lost its home and the family pet is missing after a dryer fire that happened early Sunday morning.

The Holmen Area Fire Department was dispatched at 12:56 a.m. to N7007 Sunrise Lane in the Town of Holmen.

Holmen firefighters were on scene within 15 minutes to find the upper level of the home and garage were fully engulfed in flames.

The home was destroyed and the family’s 5-year-old black cat, Onyx, was missing.

No firefighters were hurt as they worked in freezing temperatures overnight to clear the scene just after 5 a.m.

Responding units from 17 separate agencies were requested. There were 23 units operating with 46 personnel on scene.