COVID-19 cases ticking up in La Crosse County; Minnesota under 1,000 for 3rd day

La Crosse adds 83 cases, while Wisconsin, Minnesota under 1,000 cases together for first time since Oct. 15

La Crosse County reports 24 COVID-19 cases; daily average down 15 from a week ago 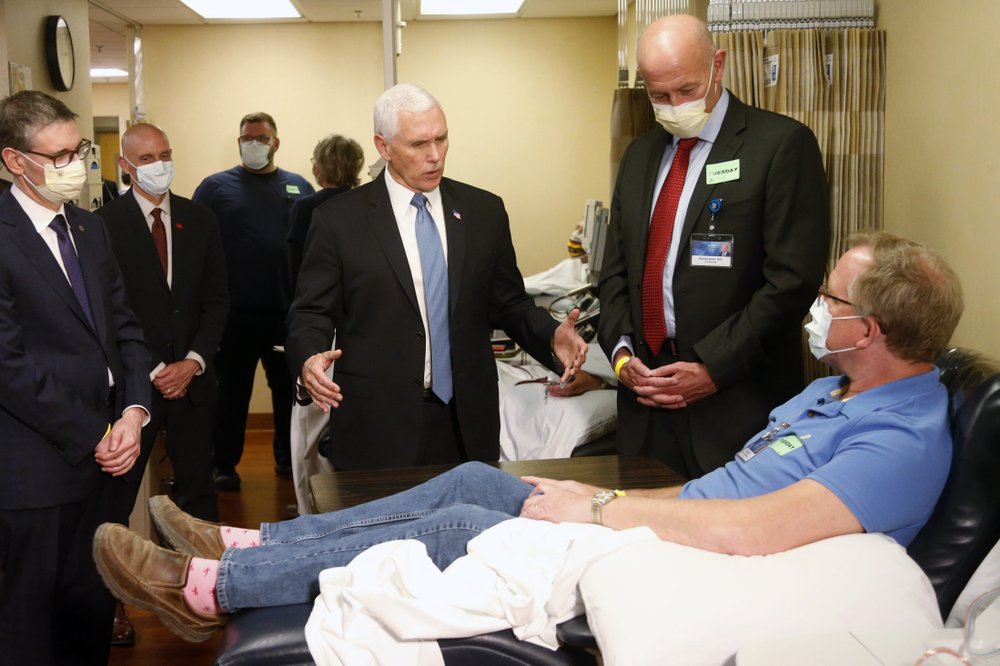 FILE - In this April 28, 2020 file photo, Vice President Mike Pence, center, visits Dennis Nelson, a patient who survived the coronavirus and was going to give blood, during a tour of the Mayo Clinic in Rochester, Minn., as he toured the facilities supporting COVID-19 research and treatment. (AP Photo/Jim Mone, File)

MINNEAPOLIS (AP) — Minnesota health officials have confirmed five cases of a more contagious variant of the coronavirus in the Twin Cities area.

The variant, which was first detected late last year in the United Kingdom, was identified in specimens from residents in four Minnesota counties. Although officials aren’t surprised by the discovery and don’t believe it will lead to more serious cases, it raises the potential for the virus to spread even more rapidly.

“It should be a red alert to localities that this variant is now here, and we have to be even more concerned about its potential to cause more infections and what that will do to our health care system,” said Michael Osterholm of the Center for Infectious Disease Research and Policy at the University of Minnesota. “This will just add to the capacity challenges we’ve already had.”

Kris Ehresmann, the state’s director of infectious diseases, said in a statement that the prospect of a more contagious variant underscores the importance of slowing the spread by wearing masks, maintaining social distance and quarantining if exposed to a positive case.

Minnesota on Sunday reported 2,165 new confirmed cases of COVID-19 and 44 more deaths from the disease, bringing the state totals since the pandemic began to 5,707 deaths and more than 436,500 cases.

Over the past two weeks, the rolling average number of daily new cases in Minnesota has increased by about 667, or about 39%, according to Johns Hopkins University researchers.