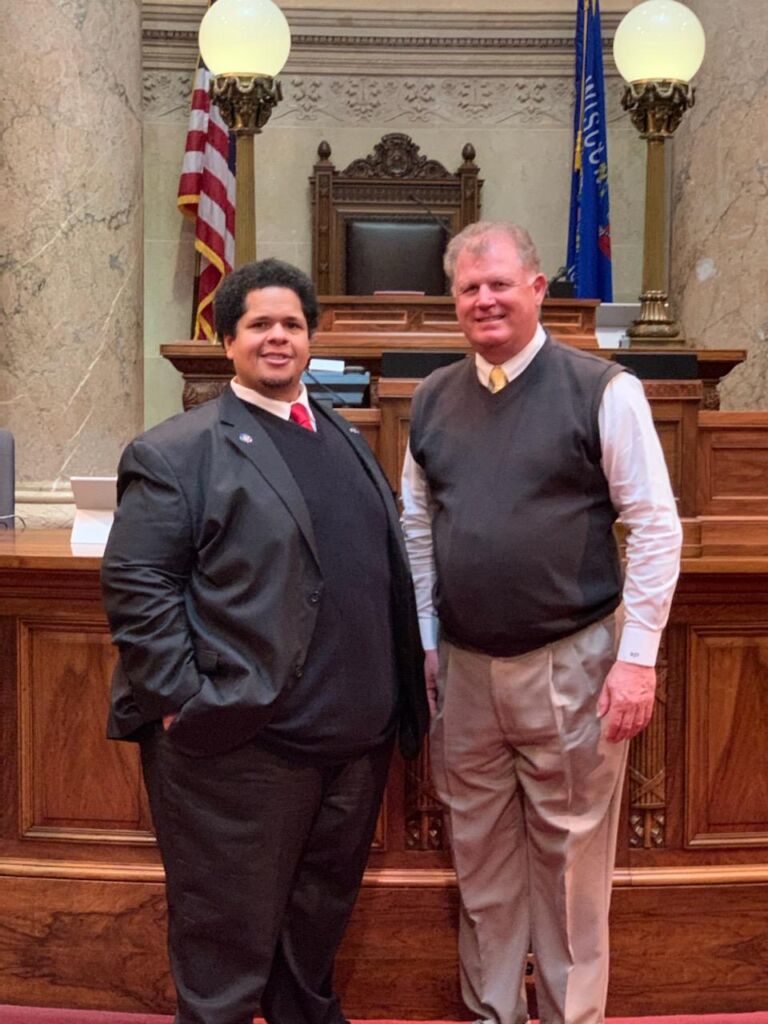 The Wisconsin State Senate made history Monday when it gathered to swear in new members and begin the first legislative session in 2021.

Julian Bradley became Wisconsin’s first black Republican state senator after being sworn in by the Wisconsin Elections Commission at 10 a.m. Jan. 4. He will represent the 28th District, which includes parts of Milwaukee, Racine, Walworth, and Waukesha counties.

In the past, Bradley served as the La Crosse County Republican Party chairman and 3rd Congressional District GOP vice-chairman. He has been a candidate for secretary of state and the 94th assembly district in La Crosse County.

Born in Baltimore and raised in Wisconsin, Bradley graduated from Central High School in La Crosse. He graduated from the University of Wisconsin–La Crosse with a degree in political science and economics. Bradley was a former pro-wrestler. He also worked as a telecommunications manager for CenturyLink from 2002 to 2019 and worked as an operations manager for Northwestern Mutual from 2019 to 2020. He currently resides in Franklin, Wis.

In his first term, Senator Bradley said he will utilize his private sector experience by serving as chairman of the Senate Committee on Utilities, Technology, and Telecommunications and as a member of the Joint Committee on the Review of Administrative Rules.