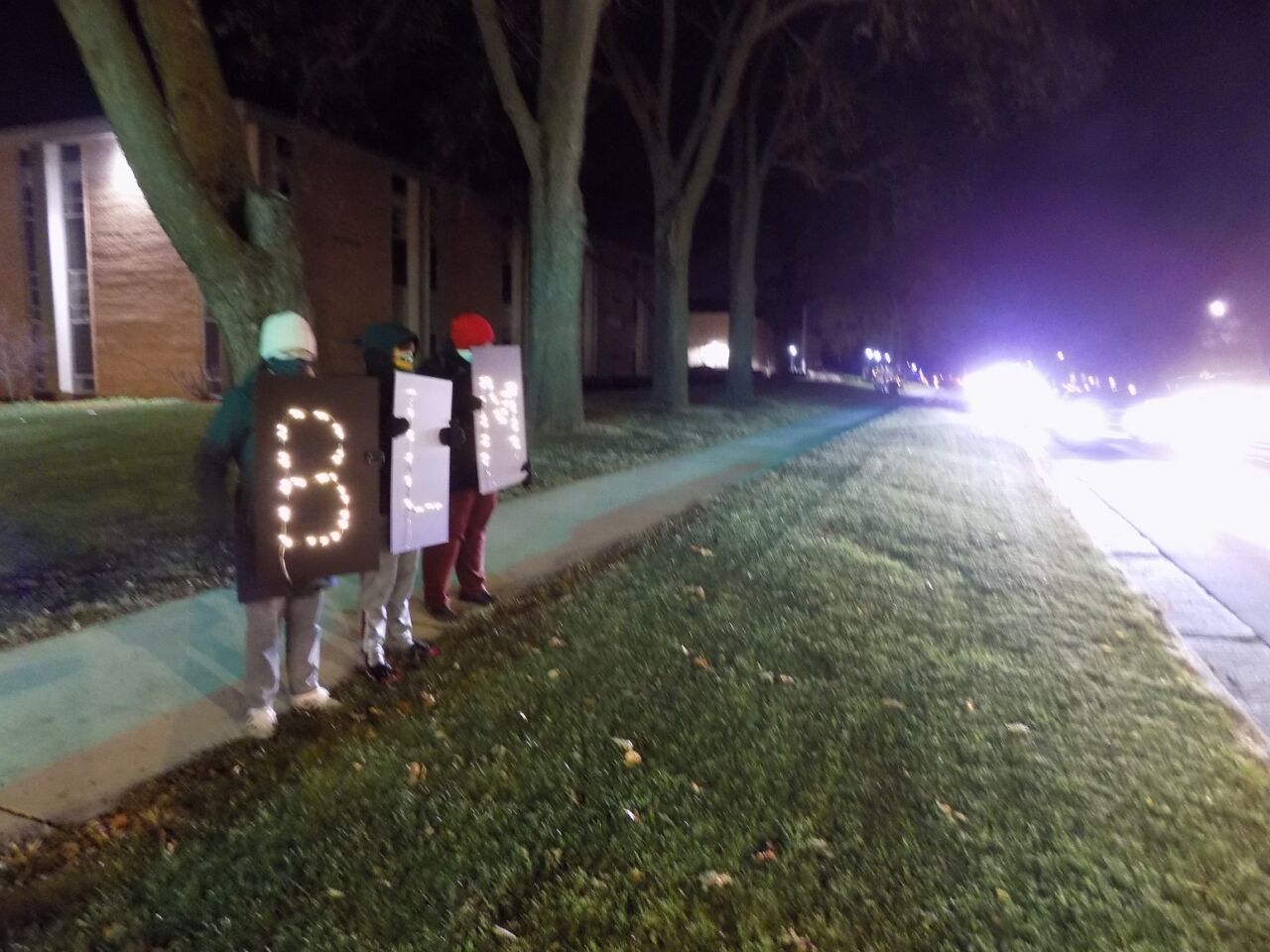 More than a dozen demonstrators gathered outside Central High School on Friday night to protest the School Resource Officer program in the La Crosse School District.

Drivers passing the school on Losey Boulevard honked their car horns as members of the group waved flags, and held lighted signs bearing the letters “B, L, M” as in “Black Lives Matter.”

The demonstration comes days before the La Crosse School Board is expected to vote on the future of the SRO program, which has placed city police officers in public schools since 1993.

The $250,000 contract between the school district and the La Crosse Police Department is up in June.

Opponents of the SROs say that non-white students are intimidated by the officers, and may be targeted for discipline more often than other students.

Some members of the public have called for the program to be ended immediately, but the school district is asking the board to reduce the number of officers assigned to schools, and to renew the contract with police, which is set to expire next summer.

The school board is expected to vote on the matter at its next meeting Monday.