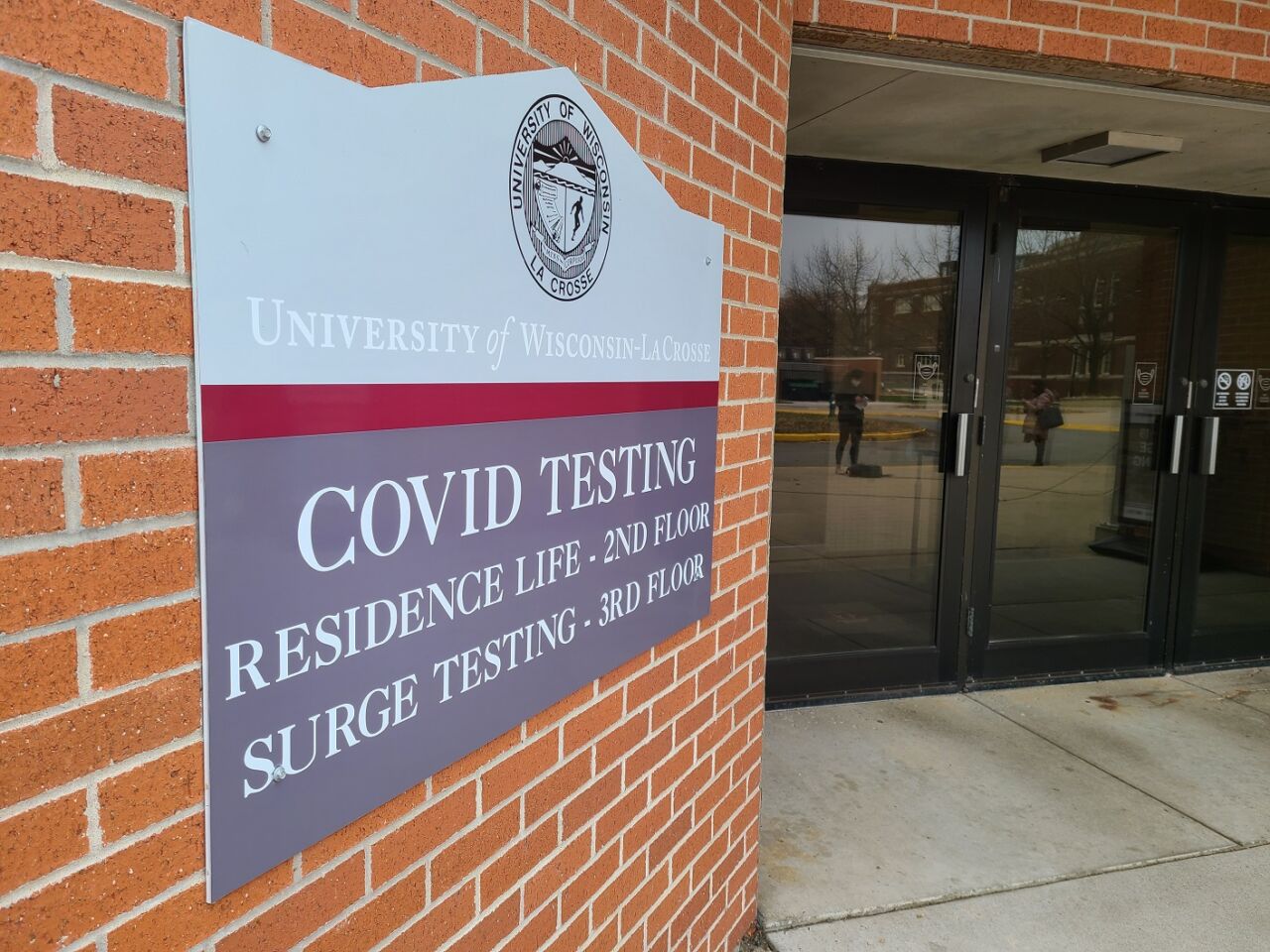 A free COVID-19 testing site in La Crosse seems to have been used by those who were worried they could have been exposed to the virus over the Thanksgiving weekend.

A record 572 rapid tests were given at the University of Wisconsin-La Crosse surge site the Monday after Thanksgiving.

The site has two types of tests — an antigen one that gives results in 30 minutes, and a PCR test that is more accurate but takes days for results.

The site in the Cartwright Center has averaged 313 rapid tests per day — and 27 PCR tests.

“We did cap at 500 and then, with permission from the UW campus, we did increase those numbers,” site lead Miranda Hanson said.

Now, as people contemplate gathering with family or friends for Christmas, can the site be used to determine if it is safe?

Getting tested, say, the day before Christmas Eve isn’t going to guarantee much.

The ability to be totally safe would be rather difficult — impossible at this point, unless you’ve been hiding in your basement for days already.

“So, the best time for testing is about 5-7 days after an exposure,” La Crosse County Health Educator Maggie Smith said. “And it can take up to 14 days after exposure to develop symptoms.

“You’d need a full 14 days without exposure to others to be in the clear.”

And that’s just yourself. Smith noted everyone at Christmas, for example, would need to be doing the same. Christmas Eve is 10 days out.

Regardless, that thinking appears to have been what people did before Thanksgiving.

For those who used the UW-L site that Monday after Thanksgiving, those tests may have come too soon, as well.

“It’s best to wait a few days, absolutely,” Hanson said. “You can’t be going out to a venue and then, the next day, coming in for a test and expect for those tests to be accurate.”

Heading into Christmas, people may still try to take advantage of the free site. But there’s no guarantee PCR results would be back in a timely matter.

“We just had the holiday with Thanksgiving, and so it was a little bit more time during that week, of course,” Hanson said. “Typically the participant can expect about 3-5 days waiting time with the PCR.”