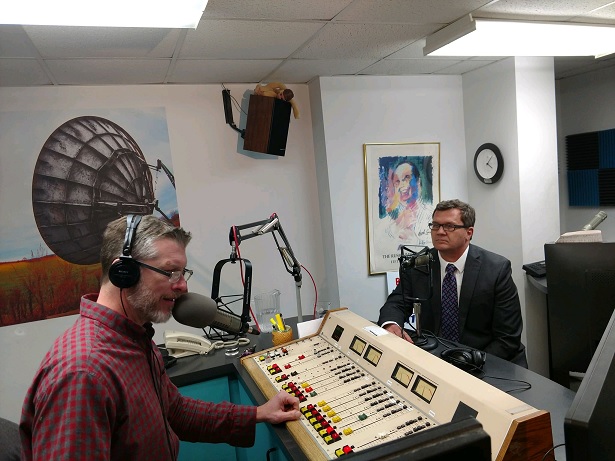 Mitch Reynolds (left) interviews Mayor Tim Kabat back in December of 2018, when Reynolds was host of La Crosse Talk PM.

Reynolds was the host of the afternoon show for a decade, as well as WIZM’s news director.

Reynolds may be on the show Monday.

Reynolds moved to La Crosse in 1994 and is currently the Operations Manager for WholeTrees Architecture, a position he has held since the beginning of 2019.

Reynolds earned an undergraduate degree from University of Wisconsin-La Crosse and an MBA from Viterbo University.

As of right now, just two candidates are officially registered to run for the seat that Tim Kabat will be leaving after two terms.

Once a third candidate makes the list, there will officially be a primary in February, to cut down the number of candidates to two.

Last time there was an open seat for mayor was when Kabat first ran in 2013. That year, there were 11 candidates.