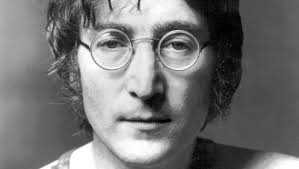 It was on December 8th in 1980 when John Lennon was shot and killed outside his New York apartment building by an obsessed fan who had gotten Lennon’s autograph earlier in the day.  The former Beatle was 40 years old, and had a new hit single and album on the charts after a five-year hiatus from the music business.  Many Americans heard the news while watching “Monday Night Football” on TV.  In La Crosse, the Racquet newspaper at UW-L called Lennon “the first cultural hero to be assassinated”…unlike other popular celebrities such as Buddy Holly or Jimi Hendrix who may have been killed in accidents or died from substance abuse.

Another pop culture icon to die that December…the real Colonel Sanders, the founder of and commercial pitchman for Kentucky Fried Chicken.  Harland Sanders had just turned 90.  La Crosse’s first KFC outlet stood for many years on Losey Boulevard, across from the Village.  Around the time of the Colonel’s passing, the south-side restaurant moved to its current location, along Mormon Coulee Road.

The Christmas edition of the Racquet featured ads for the People’s Food Co-op at 6th and Adams…the Office Lounge…Lang Drive Liquor…and Clothes ‘n Counter at Menard Plaza.  Places for holiday shopping in 1980, yesterday in La Crosse.