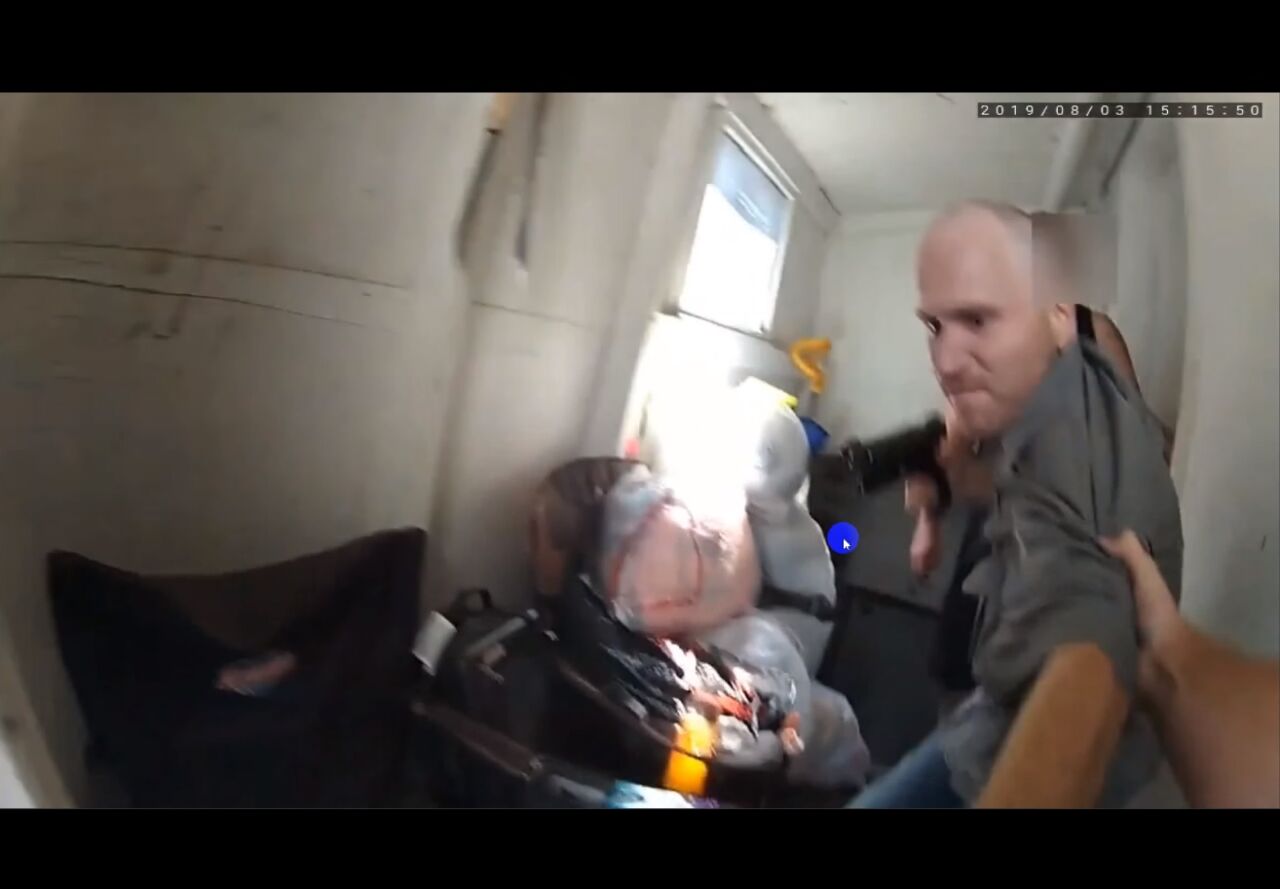 La Crosse Assistant Police Chief Rob Abraham said Monday on La Crosse Talk PM the department was satisfied with a sentencing Friday of the man who shot one of their officers.

In August of 2019, Officer Dustin Darling was shot by Allen Kruk. Darling was hit in the chest in what Abraham called a bullet-resistant vest — perforating his skin by the impact of the .45 round, he said.

Darling hit Kruk multiple times, putting him in the hospital for nearly a month — his life saved by police immediately giving first aid after the shooting.

The recommended sentencing from the La Crosse County District Attorney’s office was 15 years, which is what Kruk received.

Tim Gruenke, the county’s district attorney, said after court last week on WIZM that he had talked to Darling and his family about the sentencing and made sure they were satisfied with the recommendation, but did not talk with the police department — which is not unusual.

“Dustin came in a lot and talked with me about it,” Abraham said Monday on La Crosse Talk PM. “In the end, this is really about Dustin. This isn’t about the police department, even though it does kind of affect our family. It’s really about Dustin and he said he was satisfied with the outcome and the resolution.”

Police have been critical at times from La Crosse County judges’ rulings, but not Judge Ramona Gonzalez’s on Friday. Gonzalez praised police for keeping the community safe, as well.

“To Dustin’s credit, he said he hopes Kruk gets the help he needs in prison,” Abraham said. “Hopefully that 15 years means 15 years, because I think anything less really dilutes the seriousness of the offense.”

Abraham added, “As Judge Gonzalez pointed out, police officers certainly do take a risk by putting that uniform on every day, but shouldn’t be expected to take bullets.”

Darling has since returned to the force, taking a community services division position, having to deal with the media now. Abraham called Darling a “shining star” in the agency.

“That position happened to be open during the time and when he came back from his incident, he transitioned into that spot and we think it’s a good fit,” Abraham said.

Later in the show, La Crosse Mayor Tim Kabat had praise for his police department.

“I really feel that we have the best police department in the state of Wisconsin — in the level of training and professionalism and things that have to go on,” Kabat said.

The mayor added he feels it’s been unfair to judge police locally with what’s happening at a broader level with police rhetoric.

“Some of the problems, especially with what’s been happening this summer with protests,” Kabat said, “the problem of taking what’s happening in some communities and nationally, unfortunately, with police shootings and misconduct and trying to superimpose them here in La Crosse.”