This is how the No. 4 Badgers lost to Marquette at buzzer; La Crosse's Davis scores career-high 12 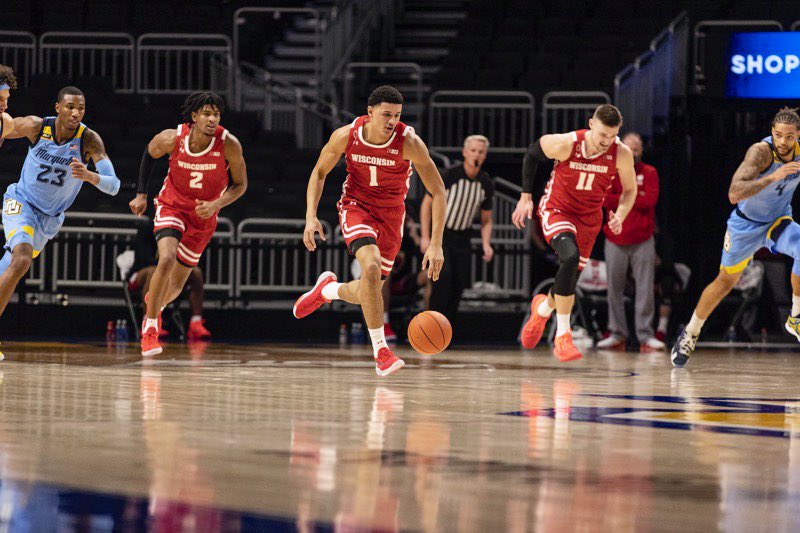 He had 18 points, including this putback off a teammate’s missed free throw at the buzzer, giving Marquette a 67-65 win over No. 4 Wisconsin.

Justin Lewis’ tip cam after D.J. Carton drew a foul on Wisconsin’s D’Mitrik Trice with .9 seconds remaining. Carton tied the game with the first free throw but missed the second.

The 6-foot-7 Lewis did a bit of a swim move, then pushed 6-10 Micah Potter under the rim, getting position for the one-handed tip.

In the final 1:10 of the game, there were six lead changes. Neither team led by more than six.

Davis was 4-for-7 from the field and 4 of 4 from the line. The 6-5 freshman guard also had six rebounds and a steal in 30 minutes off the bench — the second-most minutes for Wisconsin.

In four games, Davis is now averaging 7.8 points and is second on the team at 5.3 rebounds in 22.0 minutes.