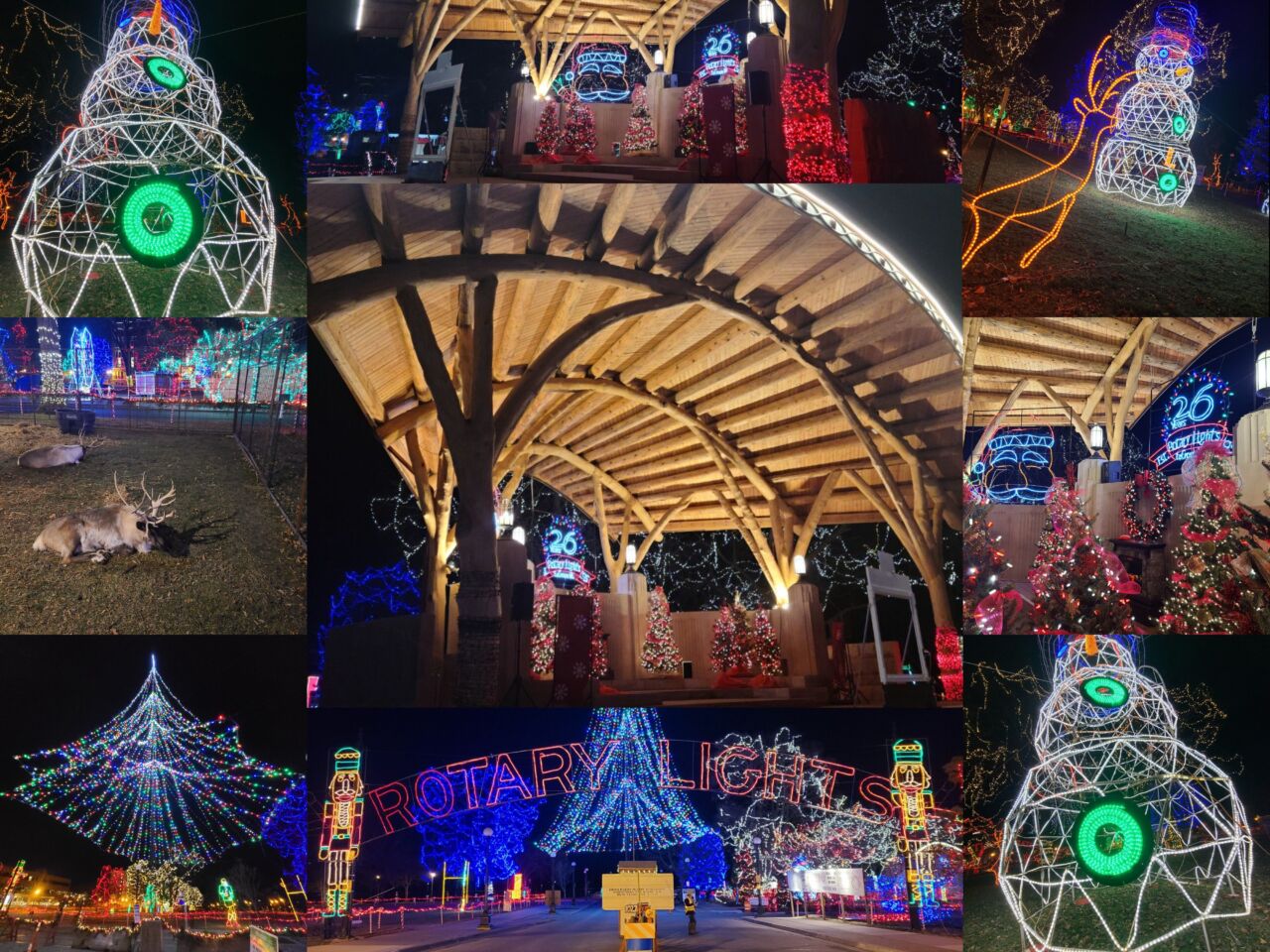 It could be a good sign of things to come over the next month.

The first weekend of La Crosse’s Rotary Lights at Riverside Park saw an expected smaller number of people but just as many donations.

Blame the pandemic — and the Green Bay Packers game — for the opening weekend’s smaller turnout.

Blame the La Crosse community’s always giving mentality in times like this for donations being on pace with what Rotary Lights president Pat Stephens said has been past opening weekends.

“Ordinarily we have a few thousand people that are on the street for the parade and then they kind of all march into the park as the parade passes,” Stephens said, referring to the parade and other opening ceremony attractions that were reeled back because of the pandemic.

Stephens said volunteers counted 2,340 cars for Friday night’s opener — including those who waited in line for over an hour to be some of the first to get in. There were over 3,000 on Saturday and then, Sunday, “We were doing real well up until the time the Packers kicked off,” Stephens joked. “That kind of slowed down the park at that time.”

Just to note, if you want to check out the Christmas lights display with little to no interruptions, the Packers next kickoff at 7:25 p.m. on Dec. 19 and again Dec. 27.

Stephens did want to remind those wanting to drive through the park to please be patient, as construction at the La Crosse Center means there is only one way to enter the park.

He also wanted to add the concept behind Rotary Lights could never be more important than this year.

“If you’re gonna bring some food, please bring more than you had planned,” Stephens said. “The need for our 14 area food pantries that we take care of from Rotary Lights has increased significantly. THere’s many using the food pantries right now that have never used them before. The need is extremely high and we hope to fill some of that gap with collections at the park.”

The big attraction this year — aside from, you know, all the lights — is a Hologram, where children will wait to talk to Santa.

“It was a ‘Wow’ factor,” Stephens said. “We put it in a perfect location — on the walkway leading up to Santa. I don’t pretend to understand the mechanics of a Hologram, but at night, it really looks sharp.”

Other attractions include premade Smores, an ice skating rink, seeing Santa and some of his Reindeers, along with hopping in his sled — handmade here in La Crosse — to get a picture