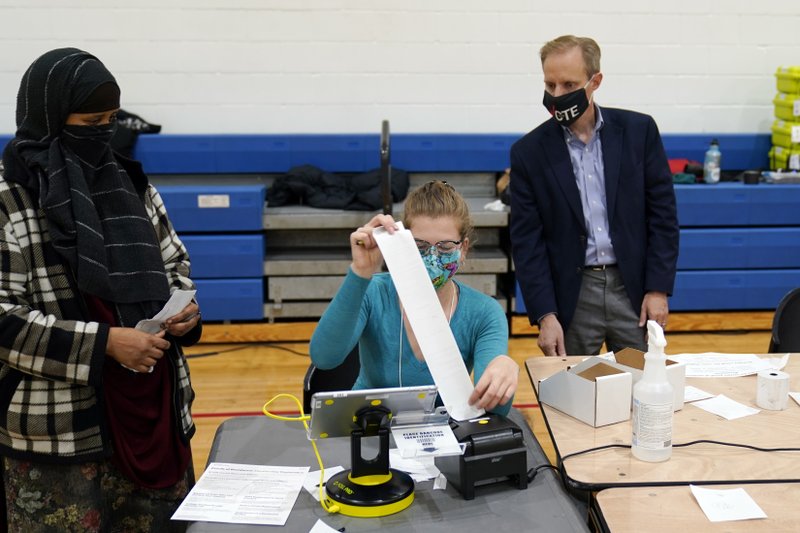 Joe Biden defeated Trump in Minnesota by just over 233,000 votes, or about 7 percentage points, the board certified in a 5-0 vote with no debate. Biden therefore officially got the state’s 10 electoral votes.

Secretary of State Steve Simon told the board that Minnesota once again led the country in turnout at 79.956% of eligible voters, the state’s highest percentage since 1956, despite the challenges of the pandemic.

“Happily, Minnesota met and overcame every single major challenge,” Simon said. Around 58% of Minnesota voters — about 1.9 million of the state’s nearly 3.3 million voters — voted from home, early in person or otherwise by absentee ballot, compared with roughly 24% in 2018., he said.

“In other words, only 42% of voters actually voted in the traditional way, by showing up at their designated polling place on Election Day, and that is a remarkable transformation in a very short period of time,” he said.

Minnesota had plenty of election judges despite earlier fears of a shortage, he said, and the state’s made its polling places as safe as possible. And the election was secure against fraud and hackers, he said.

“As of today, there have been no reports to the Office of Secretary of State of particularized fraud or voter misconduct,” he said. “Minnesota’s record of election integrity has been upheld. And as of today, there is no evidence of any successful attempt by any unauthorized source, any adversary and so forth, to infiltrate election infrastructure.”

David Maeda, the office’s elections director, told the board that a post-election review of sample precincts affirmed that Minnesota’s vote-counting equipment is “incredibly accurate,” so there had been only small adjustments, if any, from the results reported after polls closed. The reasons were typically minor, he said, such as a voter circling a candidate’s name on the ballot instead of filling in the oval, resulting in the optical scanner missing their choice..

Candidates who lost races by less than 0.5% have two more days to request publicly funded recounts. The board approved contingency plans for recounts in three Minnesota House races that fell within that threshold — in Districts 6A, 19A and 38B.

The Minnesota State Canvassing Board is made up of Simon; Minnesota Supreme Court Justices Margaret Chutich and Gordon Moore; and Hennepin County District Judges Regina Chu and Christian Sande. Simon is a Democrat. Chutich, Moore and Sande were all appointed by Democratic governors; Chu was appointed by independent former Gov. Jesse Ventura.

Shortly before the meeting, the Minnesota Supreme Court deferred any action on a petition by a handful of Republican lawmakers and candidates and several voters who sought a temporary restraining order to delay the canvassing board’s vote, alleging a variety of problems with the election. The order by Chief Justice Lorie Gildea said the plaintiffs provided no evidence that they had properly served it on all parties.