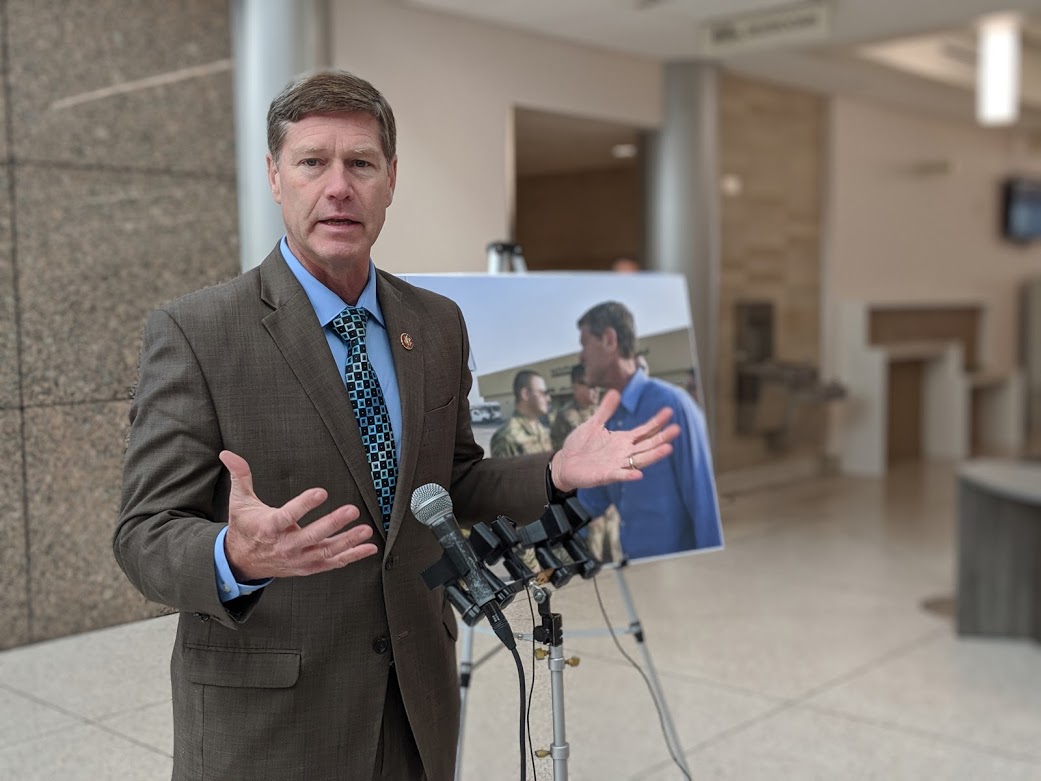 It’s not enough to get through one campaign cycle and see what those elected officials have in store for their districts over the next two or four years.

There’s always a need to know, a need to speculate ahead.

That was part of the talk last week with University of Wisconsin-La Crosse political science professor on La Crosse Talk PM, when it came to longtime Congressman Ron Kind’s future, after just defeating Derrick Van Orden by 3 percentage points in the Nov. 4 elections for Wisconsin’s Third District.

“It wouldn’t surprise me at all if we see Ron Kind retiring after this very, very close call,” Chergosky said. “Definitely the closest race of his career.”

Asked Wednesday on La Crosse Talk PM if that were true, Kind sort of laughed and had the expected answer, but later really put things in perspective.

“Listen, we just got through one election,” he said. “I want to focus on my job right now. There’s a lot that’s right in front of me. Two years seems like an eternity from now.

“I’m sure you’ll understand, if you want to just give us a little bit of breathing space for those who are just elected, focused on the emergency that’s in front of us right now, and then we can speculate a little bit later on.”

Kind laughed, and asked, “When is that, 2022?” Yet the Congressman understood how the political talk works, but did set us straight.

“You’re a political junkie, I know, and he’s a poli-sci professor at UW-L so you guys love those type of conversations,” Kind said. “But, man, we just had a long campaign season. The last thing people want to hear is another campaign is it is about to start.

“So, maybe for the sake of our American psyche, we can just hit the pause button, let the elected refs try to do our job here, and then, that campaign’s going to be on us sooner than anyone wants anyway.”

Ah, but we’re still going to speculate and the retirement rhetoric from Chergosky wasn’t just because Kind’s race was so close with Van Orden. It was also the redistricting factor that’s coming up next year.

“I don’t know that he’s going to run again, just given that trendline,” Chergosky said. “Plus, you have to consider that we’re going to be going through a round of redistricting, and so members of Congress are going to be running in districts that are, at least, slightly different than they were before.

“What you find is that a lot of House members, and a lot of legislators overall, opt to retire after redistricting, because, all the sudden, maybe a third of their district is brand new and they don’t want to have to run in a district that is so unfamiliar with them.”

Kind pushed back on that notion, as well. Redistricting is nothing new for the 57-year-old, who has represented the Third since 1997. He’s gone through it twice already.

“We don’t know what redistricting is going to look like but whatever direction they move in the district, chances are I’ve represented it before — whether it’s up north or east — because it has changed 10 years ago and 10 years before that,” Kind said.

In terms of getting elected to a 13th term in Congress, Kind stayed pretty clear of all the attacks from Van Orden. He did comment on the controversy surrounding part of a book written by Van Orden on, essentially, how to be a man. Beyond that, however, Kind ran his campaign on what his plans are and his past accomplishments, while Van Orden attacked Kind with all the hot talking points — Nancy Pelosi puppet, being a socialist, law and order, and so on.

“It’s just not part of my DNA,” Kind said. “I don’t think politics should just be a bloodsport, just attacking your opponent, tearing them down, running attack ads. And I refuse to run that type of campaign. And I didn’t.

“He was on the attack from the very beginning and tried to attack my character, and I think people have gotten a chance to know me, and that just didn’t fit the narrative and obviously that was reflected on Election Day.”

Kind did admit, if he wanted to sink to that level, there is some amount of effectiveness to an attacking campaign, but it’s not something he believes is very good at all for politics.

“Even though I don’t believe in the negative attacks, they do work,” Kind said. “They do leave this impression, they do influence a lot of people. You just see this in the campaigns and what people gravitate to, and unfortunately, we’re living in a country that’s so deeply polarized and divided. It’s just hyper-partisan. Everything is just attack the other side and belittle them.

“It’s no longer just to have honest disagreements on policy but you’ve got to hate your opponent and make the enemy — someone to be destroyed. That’s really dangerous for our democracy and the health of our country.”