Menasha paper mill with long history goes up in flames 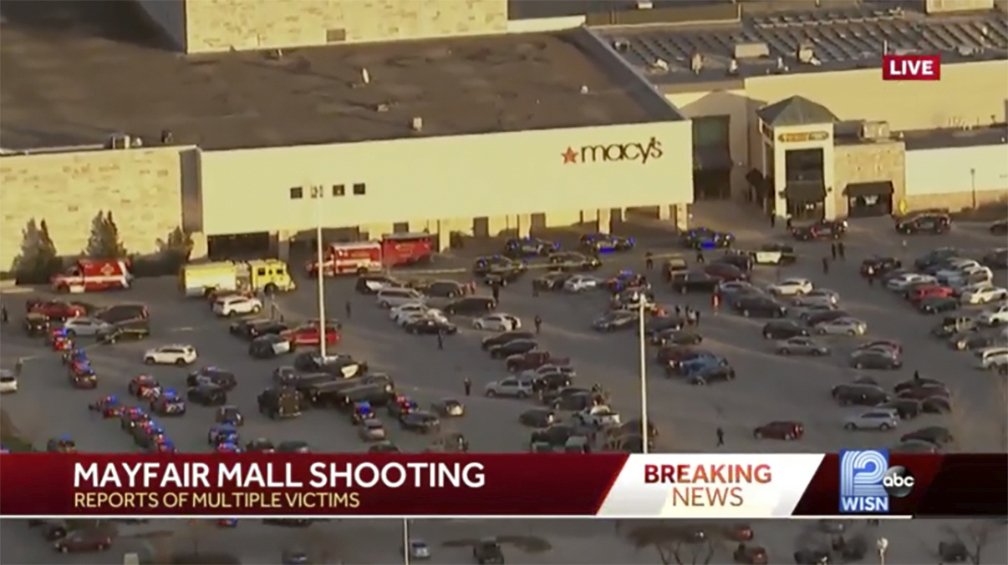 In this image from video provided by WISN-TV, emergency crews gather at the Mayfair Mall in Wauwatosa, Wis., on Friday, Nov. 20, 2020. A police dispatcher says officers are responding to "a very active situation" at the suburban Milwaukee mall. The dispatcher said she could not immediately provide further details. Witnesses told WISN-TV that they heard what they believed were eight to 12 shots. (WISN-TV via AP)

WAUWATOSA, Wis. (AP) — A shooting at a mall in a suburb of Milwaukee left multiple people with non-life-threatening injuries Friday, according to the city’s mayor.

Wauwatosa Mayor Dennis McBride said in an afternoon statement that a suspect remained at large after the shooting at Mayfair Mall, where witnesses told WISN-TV that they had heard what they believed to be eight to 12 gunshots.

WISN reported that at least five people were taken away from the mall on stretchers, at least two of whom were sitting upright and appeared to be conscious. Some people remained in the mall while police searched for a suspect. The station interviewed several people outside the mall who said they had friends sheltering in stores inside.

Mall owner Brookfield Properties said in a statement they were “disheartened and angered that our guests and tenants were subject to this violent incident today.” They declined further comment.

The Mayfair Mall was the site of a February shooting in which a city police officer, Joseph Mensah, shot and killed Alvin Cole, a Black 17-year-old. Police said Cole was fleeing from police; Mensah, who is also Black, said he shot Cole because Cole pointed a gun at him. The mall was the target of sporadic protests over several months in the wake of the shooting.

The Milwaukee County district attorney declined to file charges against Mensah, but the city this week agreed to a separation agreement in which Mensah will be paid at least $130,000 to leave the force.