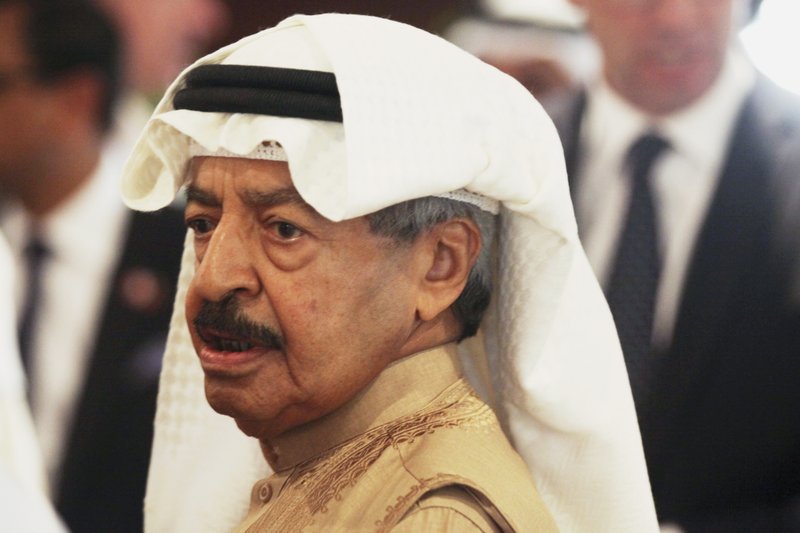 On Sept. 18, a U.S. Air Force C-17 Globemaster III “flying hospital” took off from Germany and landed in Rochester, Minnesota, the home of the flagship campus of the Mayo Clinic. It was followed to Rochester by a Boeing 767 owned by Bahrain’s royal family. The Mayo Clinic at the time and since has declined to comment on the care it provided to Prince Khalifa, who died Wednesday at age 84.

The Air Force uses such C-17s for medical evacuations, triaging critically wounded soldiers while rapidly flying them onto major bases. The aircraft include onboard oxygen and the same lifesaving equipment found in hospital emergency rooms. The flights often include critical care air transport teams comprised of a specialized doctor, a nurse and a respiratory therapist.

The State Department acknowledged the C-17 flight carried Prince Khalifa in a statement Friday to The Associated Press.

“As the prime minister of Bahrain since its independence, Prince Khalifa was a statesman of the highest order and will always be known as a close friend and partner of the United States,” Pompeo said.

A Bahrain royal family Boeing 747 brought Prince Khalifa’s body home from Minnesota on Thursday. The kingdom off Saudi Arabia in the Persian Gulf planned a burial for him limited to family due to the coronavirus pandemic.

Bahrain is home to the U.S. Navy’s 5th Fleet, which patrols the waterways of the Mideast.