Extra hurdles not keeping Kendricks from improving for Vikes 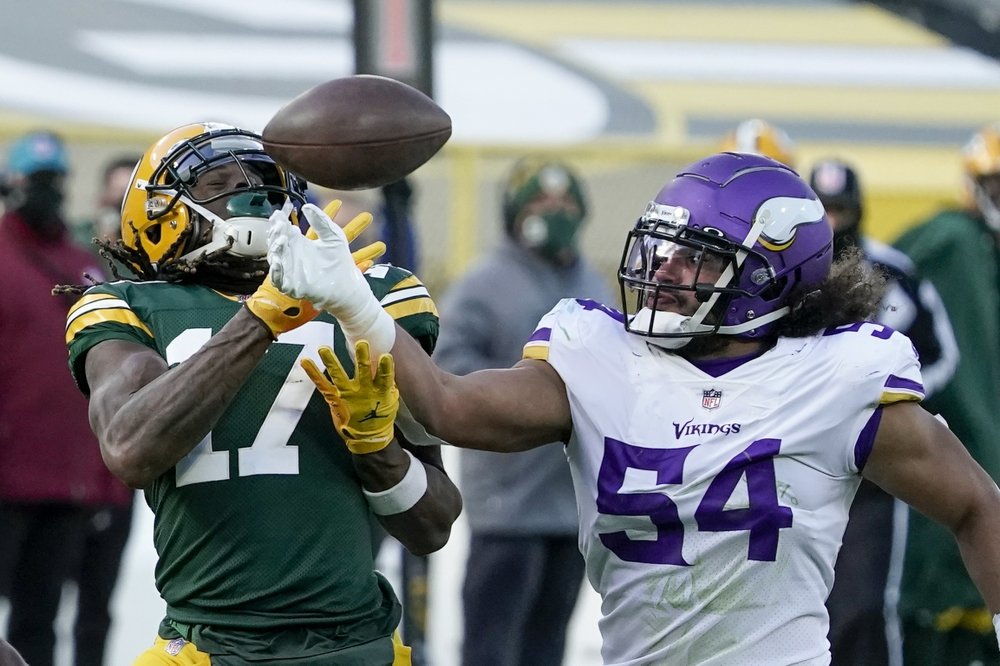 MINNEAPOLIS (AP) — Two friends of Eric Kendricks — fellow standouts on the Minnesota Vikings’ defense — are done for the season with injuries. The sixth-year linebacker has a host of under-25 players behind him in the secondary.

The extra hurdles haven’t kept Kendricks from again performing at the All-Pro level he established last season. Just ask one of his biggest fans, a Vikings teammate on the other side of the ball.

“When my boys, Cooper and Turner, are old enough, I’m going to get them Eric Kendricks jerseys because he’s the player I want my kids to wear the jersey of,” quarterback Kirk Cousins said. “I just think he’s as good of a linebacker as there is in the league, the way he can cover a Davante Adams down the middle of the field and also take on a pulling guard. To be that versatile and that athletic, it’s special. It’s something I see every day in practice every day.”

Cousins offered this praise after the Vikings turned around their season with a victory at Green Bay on Nov. 1. Kendricks was all over the field in that game as usual, with his highlight coming in the third quarter when a wrinkle in the pass coverage had him matched up with Adams. He matched the star wide receiver stride for stride and stuck his arm out at just the right second to deflect the ball for an incompletion at the 15-yard line.

Last week against Detroit, with the Vikings again trying to maintain a lead in the third quarter, Kendricks stayed in step with tight end T.J. Hockenson during a double move in the back of the end zone that allowed him to dart in front of the pass and prevent a touchdown with an interception.

“I do know teams account for him,” coach Mike Zimmer said. “Talking to people after games, they say how much they had to pay attention to where he was at. I don’t know if it’s a specific thing that they’re not specifically throwing at Kendricks, but when he’s in position and in good coverage and where he’s supposed to be, these quarterbacks aren’t going to throw it in coverage very often.”

Kendricks is third in the NFL with 84 total tackles. He has three passes defensed. With linebacker Anthony Barr and defensive end Danielle Hunter missing, Kendricks has been as vital as ever for this young Vikings defense. Zimmer has tried not to saddle him with additional responsibility, but there’s been no hiding his outsized role.

“He’s one of those guys who’s better when he can just go and play football, I think, but he anticipates things so well, and that allows him to play fast and make plays,” Zimmer said.

Having Eric Wilson thrive as Barr’s replacement has certainly helped, but this is nowhere near the same group that has ranked among the league leaders for most of his career.

“The people who have been on the squad and on the defense, we’ve all had to step up,” Kendricks said. “Guys like Danielle and Anthony, you can’t replace those guys, but you can have other people step up in their own way. Everyone is embracing their job. It’s not going to be easy, but everyone has to do better.”

Kendricks, who has missed only six games in six seasons since being drafted in the second round out of UCLA, sets quite the example. Co-defensive coordinator and linebackers coach Adam Zimmer said he believes Kendricks is playing even better than last year.