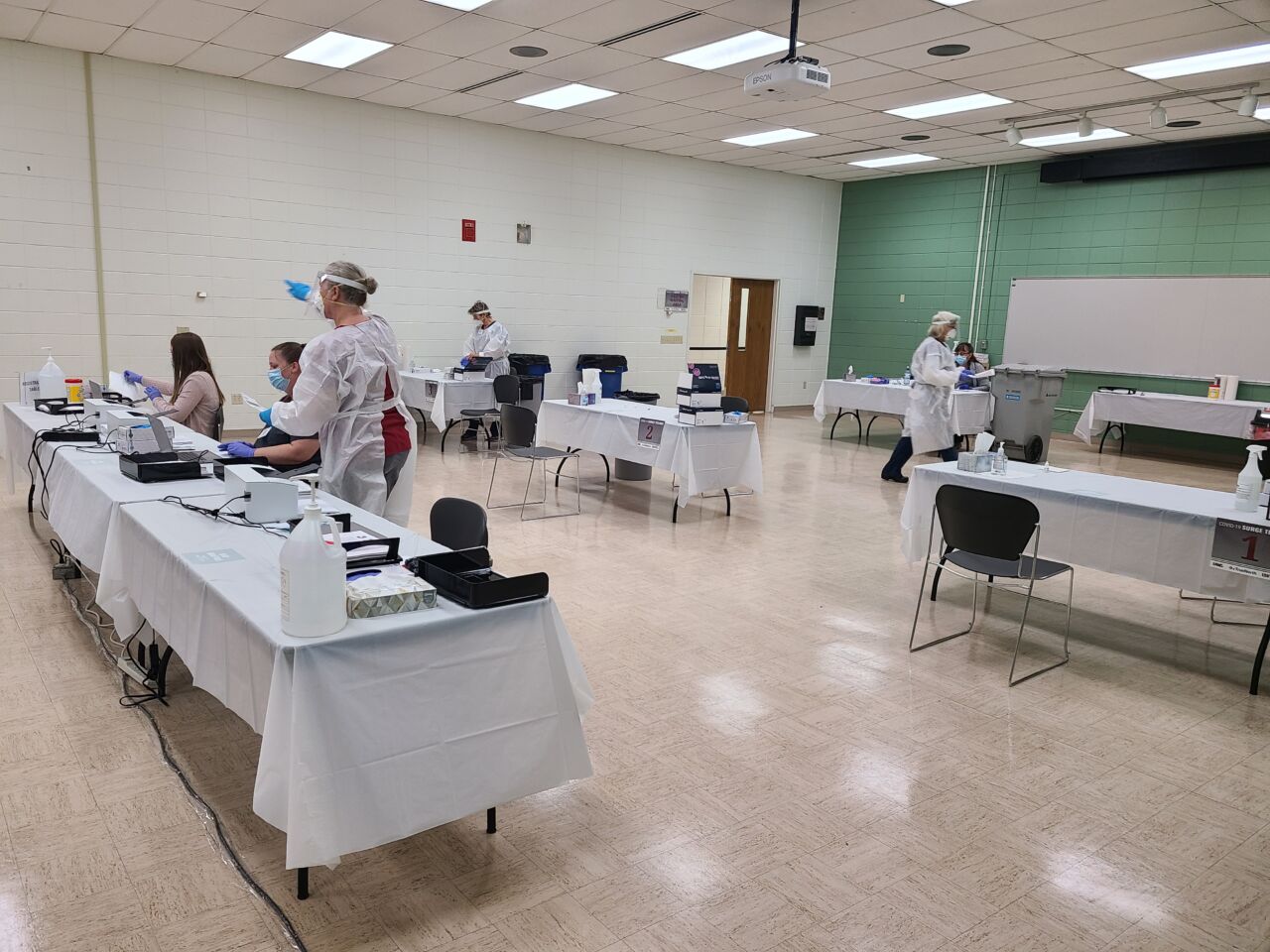 To use the free testing site, community members need to make an appointment.
To register and for more information, click here.

Thursday’s press conference was announced the same day Evers signed an executive order that advised people to stay home. Thompson, joined by UW-L Chancellor Joe Gow, Rear Admiral Nancy Knight from the CDC, and others, urged the community to use the free testing site on campus, which can produce results in 15 minutes.

“The only way we win this fight is by testing,” Thompson, a former Wisconsin governor, told the media Thursday afternoon outside the testing site. “That’s why it is so important. That’s the only way we break this spread, is by getting those who are asymptomatic — young people usually.”

The site, located on the third floor of the Cartwright Center, and staffed by eTrueNorth. It can handle up to 500 tests a day. Lately, it’s seen about 480 a day.

A week into its opening, the UW-L site had administered 1,262 tests.

There are 13 state colleges using surge testing sites, which were provided 250,000 rapid tests from the Department of Health and Human Services to be used over the next five weeks.

Wisconsin is currently ranked No. 3 in the country for most cases, based on population. The state has set single-day records in cases, hospitalizations and deaths multiple times over the past few days.