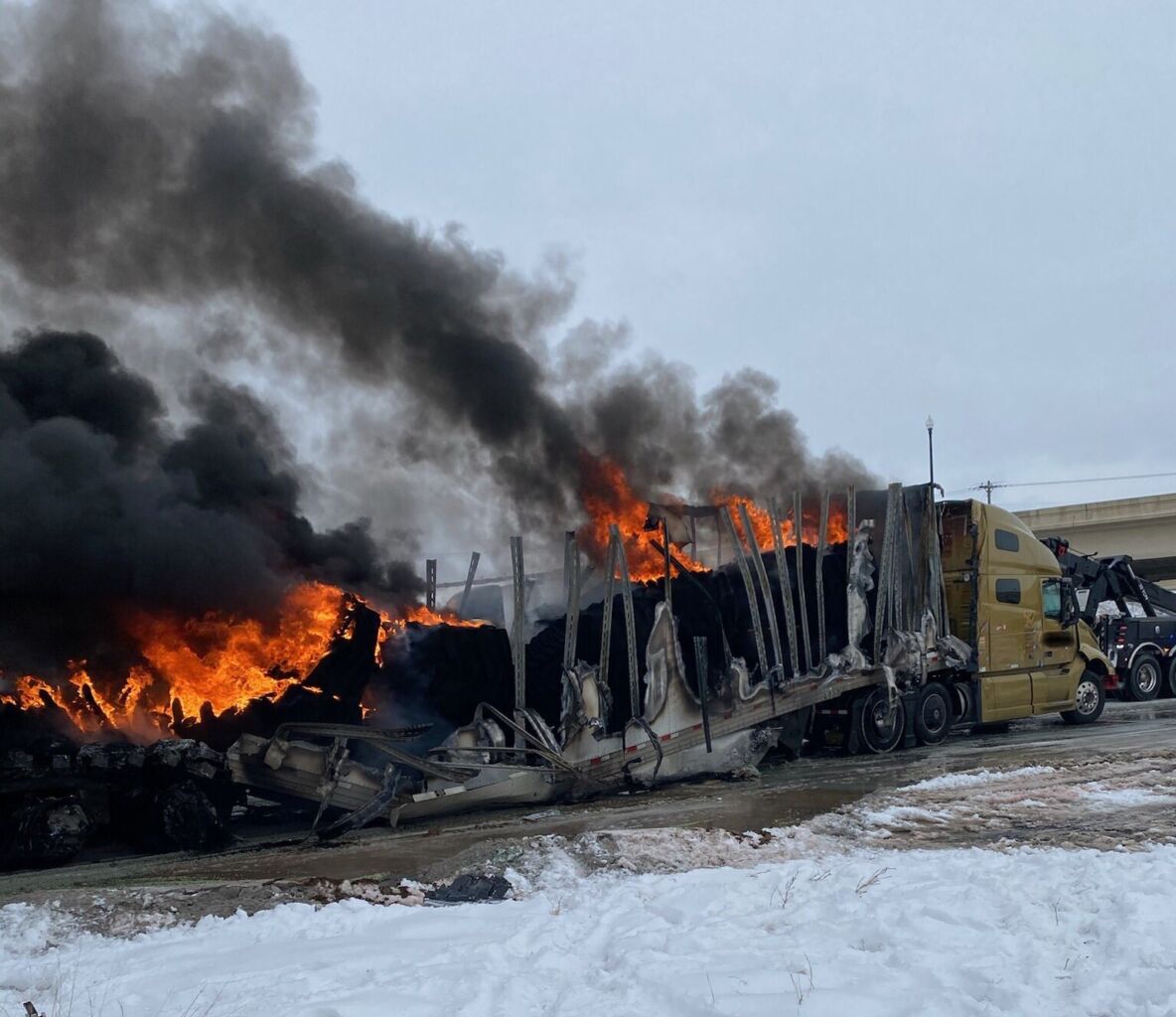 Nearly 30 vehicles were involved in a fiery pileup on Interstate 94 in central Minnesota on Thursday morning.

Nine were sent to the hospital and the highway was closed for hours.

Several of the 29 vehicles caught fire, which sent thick smoke into the sky.

Both lanes of the highway were closed but by early afternoon, eastbound lanes were back open. Westbound lanes stayed closed until 7 p.m., as crews removed burned vehicles and debris.