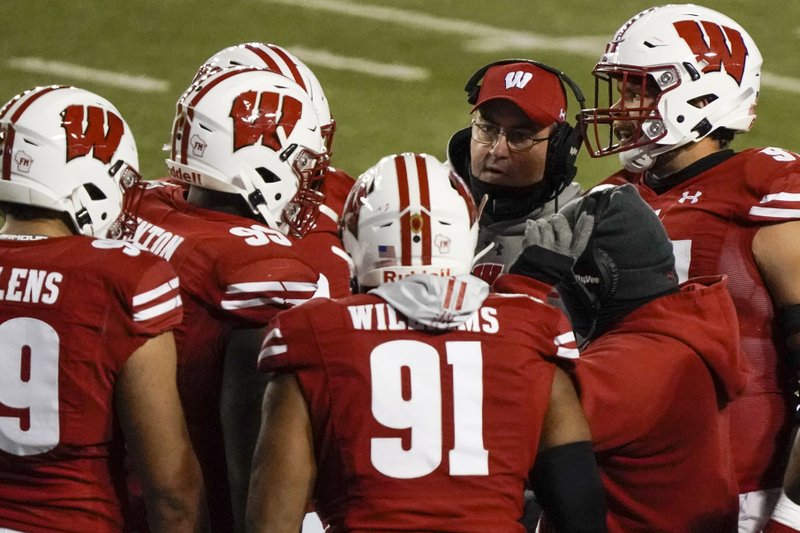 FILE - Wisconsin head coach Paul Chryst talks to his players during the first half of an NCAA college football game against Illinois Friday, Oct. 23, 2020, in Madison, Wis. (AP Photo/Morry Gash)

MADISON, Wis. (AP) — Wisconsin says the number of active COVID-19 cases within its football program has dropped to 14.

The 10th-ranked Badgers are looking to resume their season after the outbreak caused them to cancel two games. Wisconsin (1-0) is scheduled to visit No. 23 Michigan on Nov. 14.

School officials said Tuesday they had 27 active cases — 15 players and 12 staffers. Wisconsin called off its scheduled Saturday home game with Purdue that day, one week after canceling an Oct. 31 road game with Nebraska.

Wisconsin said Saturday its active cases now consist of nine players and five staffers. Five of those positive test results have come in the last seven days. Over the last four days, one player and one staffer tested positive.

The football team is holding all team and position-specific meetings virtually. The team also is using additional locker-room space adjacent to its usual locker room to make sure players can practice social distancing.