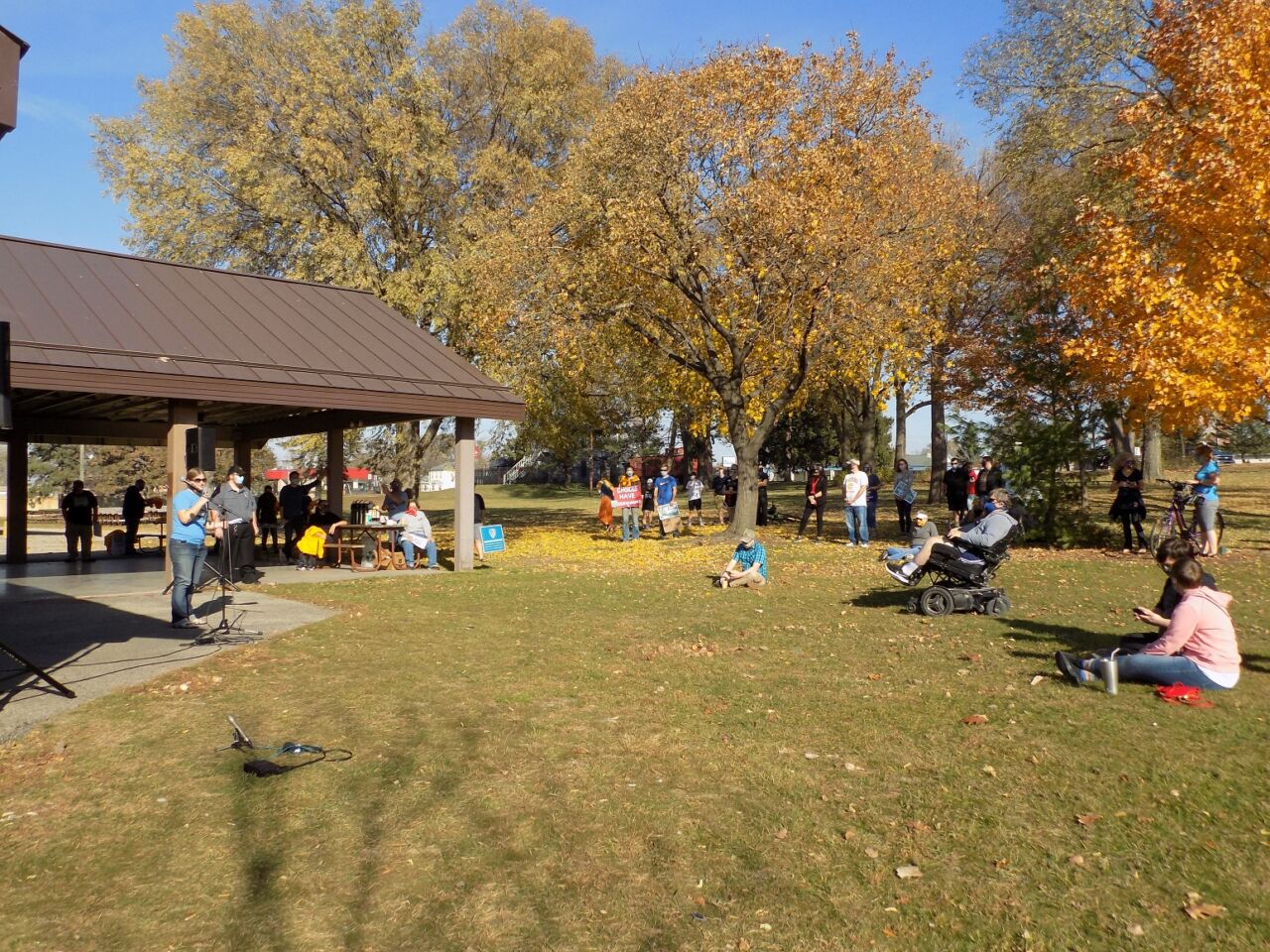 About 50 people gathered in Copeland Park on Saturday for a rally celebrating Joe Biden’s election as president.

The “Voters Decided Celebration” was organized by Opportunity Wisconsin, Citizen Action, and other groups which arranged a similar event at Riverside Park on the day after the election.

Saturday’s rally was announced a few hours before news organizations declared that Democrat Biden had reached 270 electoral votes in the race against President Donald Trump.

UW-L student Wyatt Molling told the audience that there can “never be too many activists” in politics.

Molling, who says he was insulted often while campaigning for candidates this fall, said Americans shouldn’t expect too much from any president, because they have limitations, and cannot fulfill everything they may promise.

But Allen also commented on the unusually warm November weather and warned that it was a sign of a changing climate.

She called on both political parties to take more action to reduce fossil fuel use, especially at power plants in western Wisconsin.