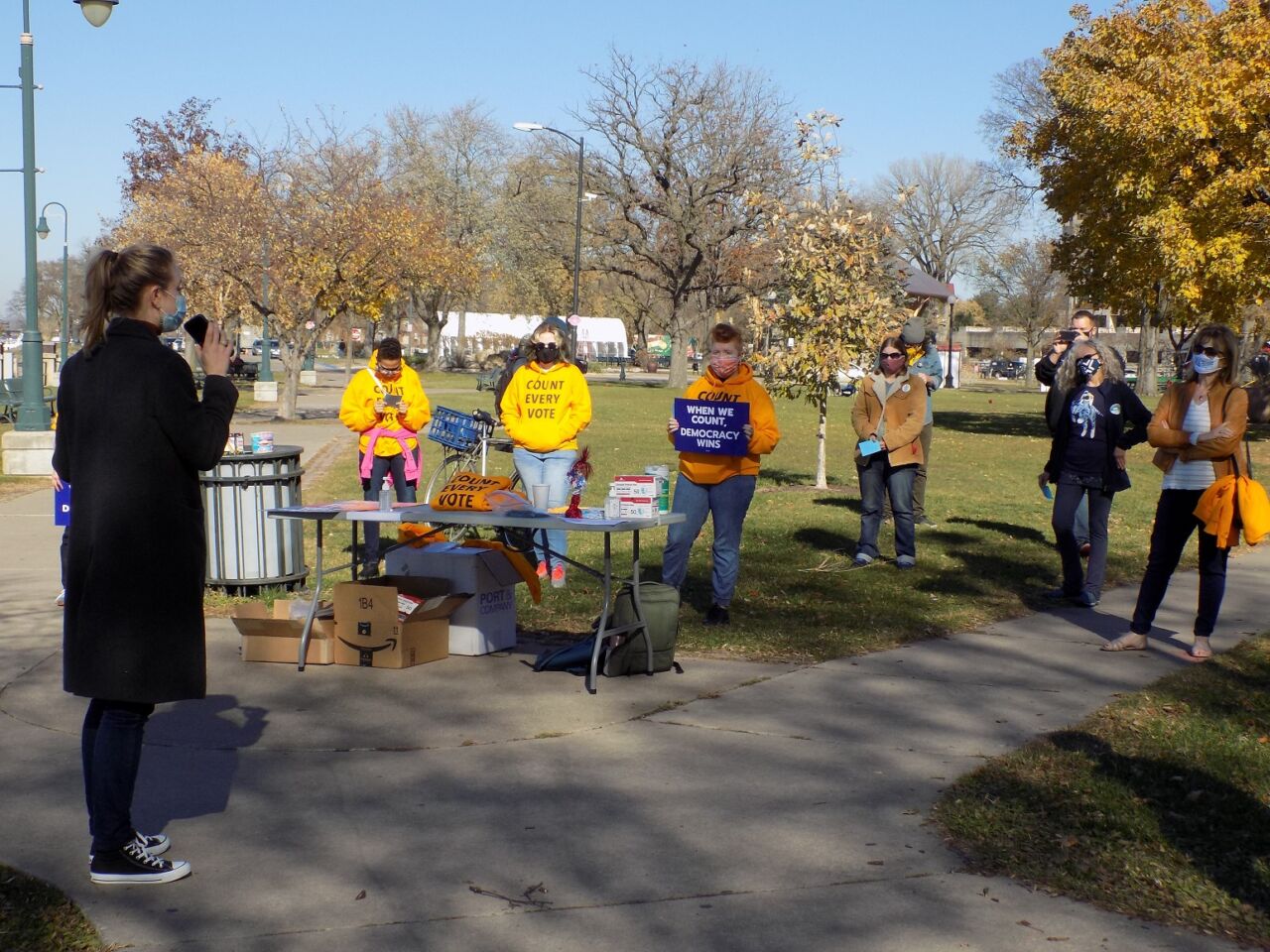 More than a dozen demonstrators marched from the riverfront to La Crosse City Hall on Wednesday, to celebrate ‘the power of democracy.’

They represented groups including Citizen Action of Wisconsin and SEIU Healthcare, in promoting the right to vote, as shown by Tuesday’s elections.

Amy Dummer of Holmen belongs to the Fair Maps Wisconsin coalition, and she wants the state’s new legislative districts to be less partisan than the ones drawn by Republicans a decade ago.

“Next year is our chance to draw these maps that accurately represent us, the people of Wisconsin,” she said.

Dummer pointed out that La Crosse County had an (88.56) percent turnout in Tuesday’s election, including a large number of absentee ballots.

Tara Johnson, who retired as La Crosse County board chair this year, was in attendance, saying her years in county government give her confidence in the local election system.

But not everybody is completely confident in the election process.

Tommy Krob, the head of student government at Viterbo University, said he has seen situations where students are blocked from voting by technicalities or their ballots may be forgotten.

“I work for one of the apartment buildings and I see how long our absentee ballots stick in the outgoing mail,” Krob said. “Is the country scared of us? Are they impatient? Do they not care?”

Krob added that many Viterbo students from other states vote by mail, and they want those votes to count.