Just a warning for hauling your snowmobile like this 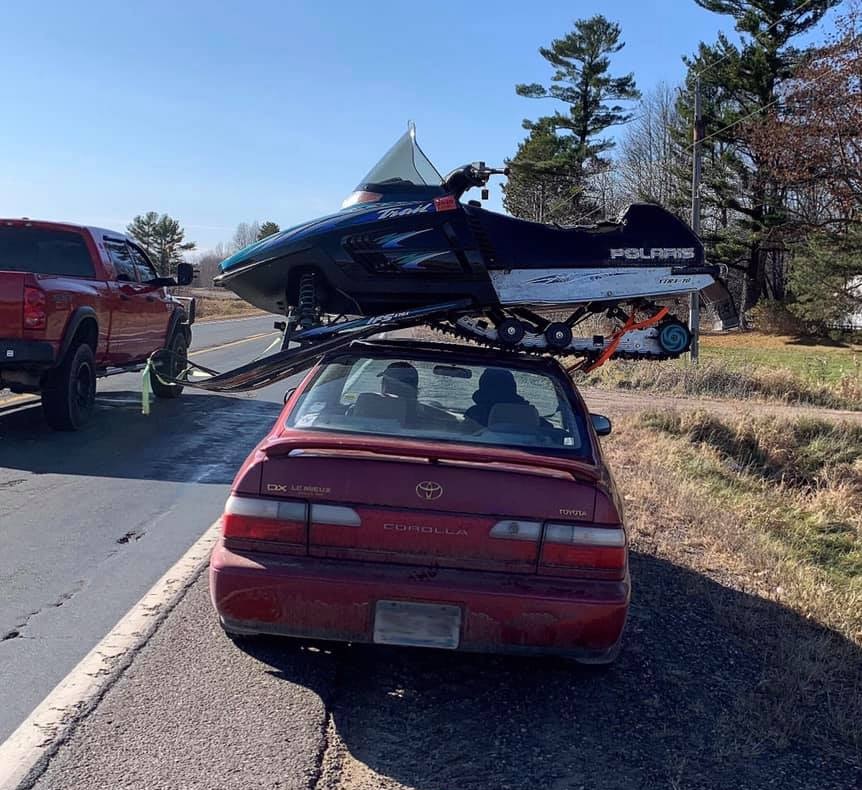 For anyone considering hauling their snowmobile strapped to the top their Toyota Corolla, probably don’t.

The Wisconsin State Patrol recently pulled over just that on Highway 63 in Polk County.

The State Patrol posted, “What do you mean I can’t drive down the road like this?” after pulling over a 23-year-old who had just purchased a Polaris Trail snowmobile and was headed to a friend’s house to show it off.

Just a warning for the Clayton, Wis., man on snowmobile hauling. He did get a ticket for no seatbelt.

No word on whether he had to find another way to transport the vehicle but it appears the biggest issue was the snowmobile was placed on the roof of the car sideways.