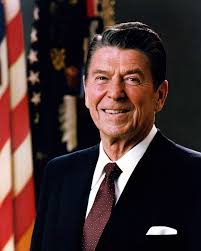 On election night of 1980, American voters changed course by replacing Democratic President Jimmy Carter with Republican Ronald Reagan.  The election happened on the first anniversary of the hostage crisis at the American embassy in Iran…a crisis which would not end until the day Reagan became president.  Forty-four states voted for Reagan, with Carter carrying 6 states and Washington, D.C.  Independent candidate John Anderson and his running mate, former Wisconsin Governor Patrick Lucey, got 5 million votes but carried no states.    Republicans took control of the U.S. Senate, replacing several incumbent Democrats including Wisconsin’s Gaylord Nelson, defeated by Bob Kasten.   Third District Congressman Al Baldus, also a Democrat, lost his seat to Osseo Republican Steve Gunderson. In 1982, the GOP urged voters to keep them in control of the Senate, in commercials urging “stay the course.”

State Senator Paul Offner of La Crosse was running for a second term, and was accused of behaving rudely at a debate with Republican challenger Bill Riley. Democrat Offner was accused of making fun of Riley behind his back at a UW-L forum, but he did win re-election.

Viterbo got a new president that fall. Robert Gibbons was sworn in late in October as the sixth president of La Crosse’s Catholic college, succeeding Father J. Thomas Finucan.

And 80 million people watched an episode of “Dallas” that November to find out “Who shot J.R.?”  In 1980, yesterday in La Crosse.