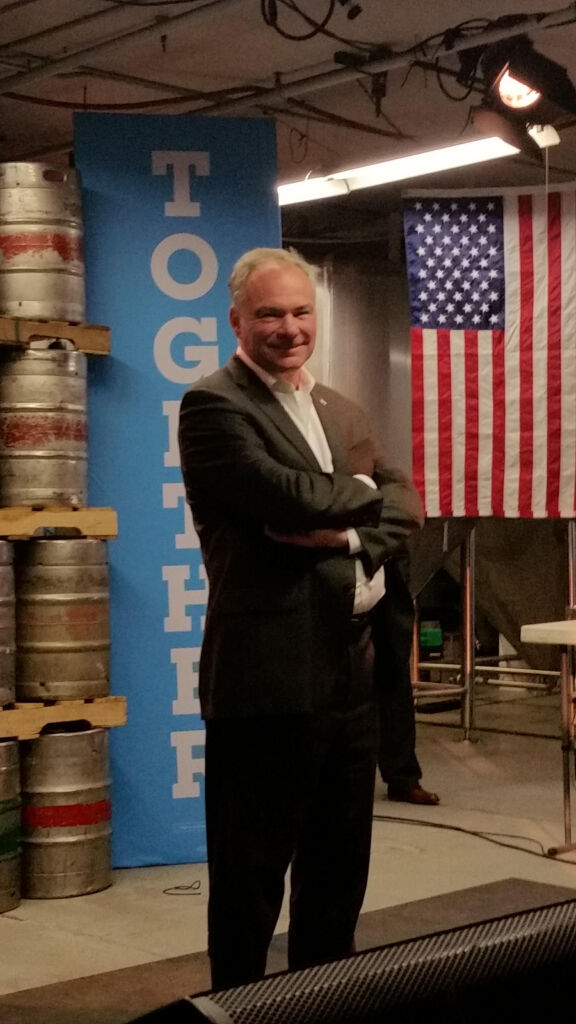 The national media have often claimed that Hillary Clinton never visited Wisconsin during the 2016 presidential race.  It’s true, she didn’t get to the state in the fall of 2016, but before the April primary that year, Mrs. Clinton did appear in La Crosse, and toured the Pearl Street Brewery in the old rubber mills building.  A video of Hillary pouring beer from a tap at Pearl Street has circulated widely, leading to many comments that she didn’t know how to pour a beer.  Two days before the November election, Clinton’s running mate, Senator Tim Kaine, spoke to a packed house at Pearl Street Brewery during a Packers viewing party.  The La Crosse stop came at the end of a day where Kaine also campaigned in Milwaukee and Green Bay.

The leading Republicans didn’t get to the brew pub, but Donald Trump did make two stops to La Crosse in 2016…an April rally at the La Crosse Center, and a private speech in August at the Cargill Room.  Running mate Mike Pence paid an August visit to Cartwright Center at U-W-L.

That November saw the closing of the Maid-Rite diner on Caledonia Street, after nearly 70 years in business.  Customers lined up on a Tuesday night to get last orders of loose-meat sandwiches and waffle fries.

The fall of 2016 was very good to the Chicago Cubs.  After years of occasional success, and disappointment, the Cubs won a World Series for the first time in over a century, beating Cleveland in 7 games…four years ago, 2016, yesterday in La Crosse.