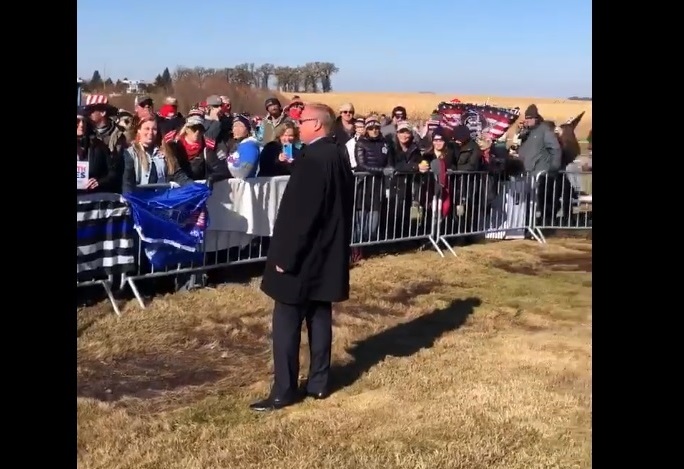 As President Donald Trump gets set to land at the Rochester airport for a rally limited to 250 people, per Minnesota COVID-19 guidelines, it looked as though hundreds were already gathered outside gates around 2:30 p.m.

No social distancing and only some had on masks — and maybe those were winter face masks — judging by the video posted by Minnesota Congressman Jim Hagedorn, who was greeting the crowd from the other side of the fence.

Trump’s rally was initially scheduled to be an airport rally in Rochester yesterday, then it was moved to a steel businesses’ building in Dodge Center.

After a tweet from owners that 25,000 were expected to be at the rally, the campaign moved it back to the Rochester airport, where Trump was set to arrive around 5:30 p.m. Friday — after his Green Bay airport rally that was set for 2:30 p.m.