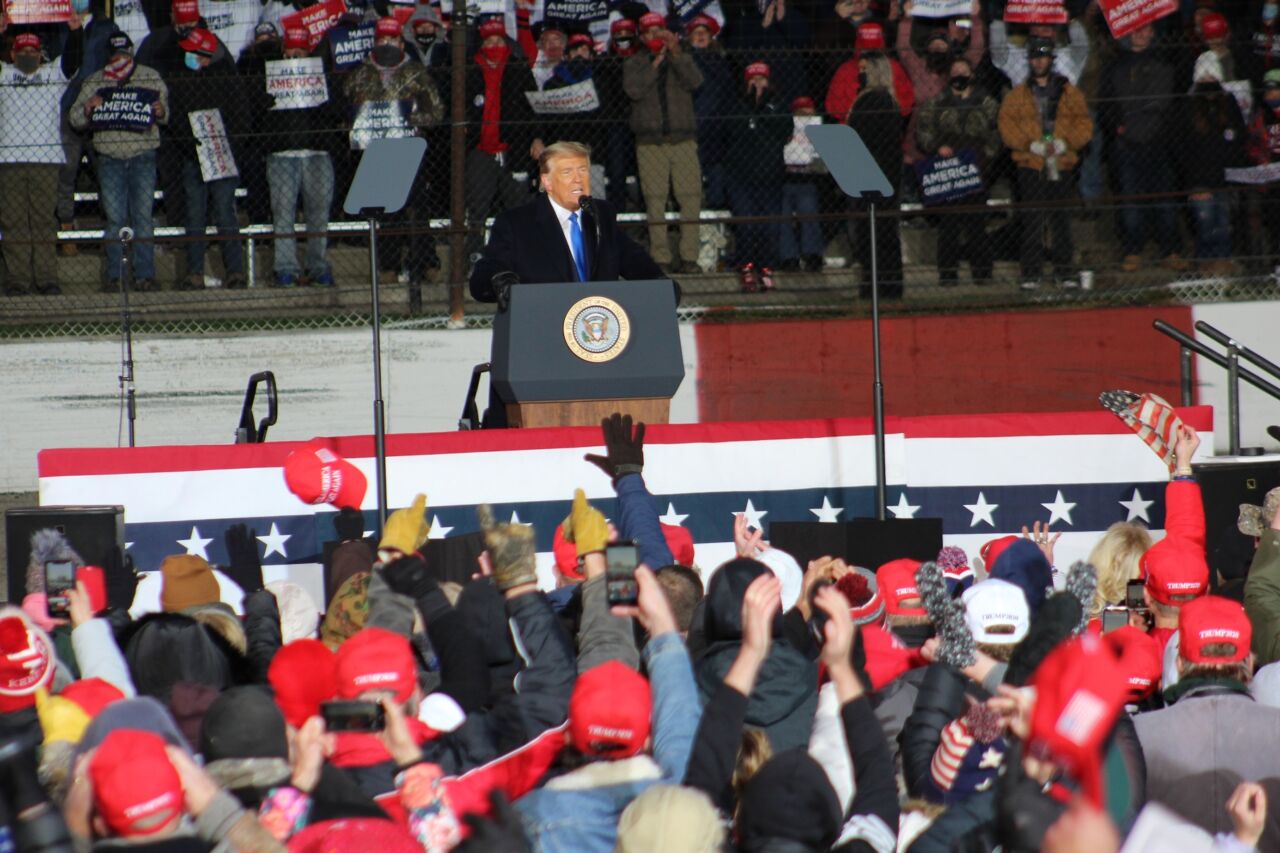 Donald Trump speaks to the crowd at the La Crosse Fairgrounds Speedway in West Salem, Wis., on Tuesday, Oct. 27, 2020.

MINNEAPOLIS (AP) — President Donald Trump’s campaign moved a rally that was set for Friday from Rochester, Minn., to the southern Minnesota town of Dodge Center and then back to the Rochester airport again.

The initial move was an attempt to avoid a crowd limit over 250 people under the state’s coronavirus safety guidelines. But the rally at the airport will now have that limit.

The campaign of Democratic presidential candidate Joe Biden, meanwhile, announced Thursday that the former vice president will travel to St. Paul on Friday, setting up dueling visits that highlight Minnesota’s status as a battleground state. Both Trump and Biden also campaigned in Minnesota on the same day last month, when Trump held a rally in Bemidji and Biden visited the Duluth area.

The Biden campaign said Thursday that the former vice president will attend a drive-in event in St. Paul, tentatively set for 3:45 p.m., but did not announce the location. The campaign will livestream it on its website.

*This story has been updated, as the Trump campaign moved the rally back to Rochester.