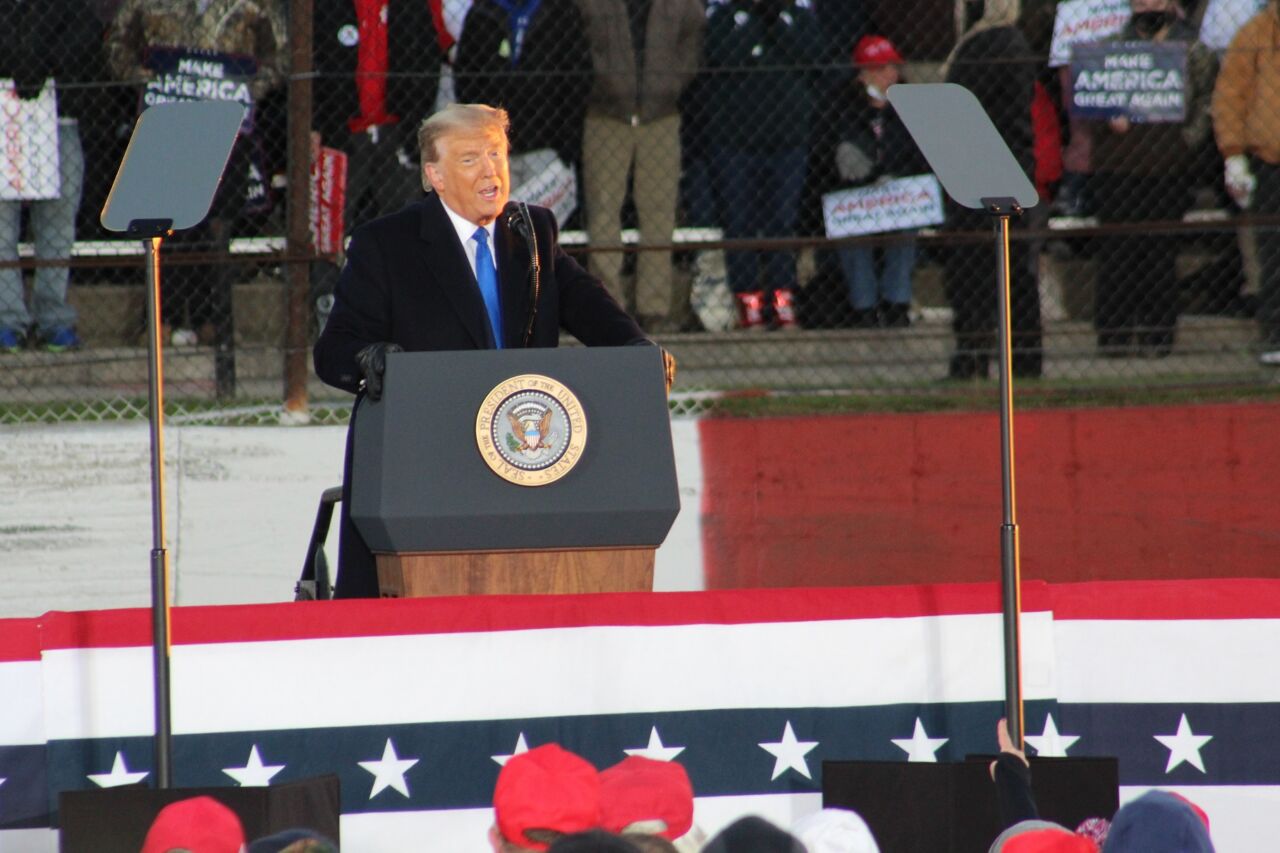 Trump was confident in the nation’s ability to defeat the Coronavirus.

“We will crush the virus and make this country more successful than it has ever been,” Trump said. “When we win, you win. Wisconsin wins, and America wins.”

Taking credit for ending the North American Free Trade Agreement (NAFTA), the president said he was proud to sign the United States-Mexico-Canada Agreement (USMCA) that went into effect July 1.

“That is going to be a big deal. Wisconsin dairy farms were decimated under the Obama and Biden nightmare,” Trump said. “Canada took advantage of you. Not anymore.”

He claimed dairy exports to Canada are expected to surge by at least 100 percent, and the administration removed Canada’s 287 percent tariff.

Promoting other areas of economic growth, President Trump said since April, his administration created a record 11.4 million jobs. His goal is to turn America into a manufacturing superpower and end reliance on China.

The Trump Campaign said they encouraged those who attended the rally campaign to wear face masks. They also took temperatures of those who entered and distributed hand sanitizer at the event.