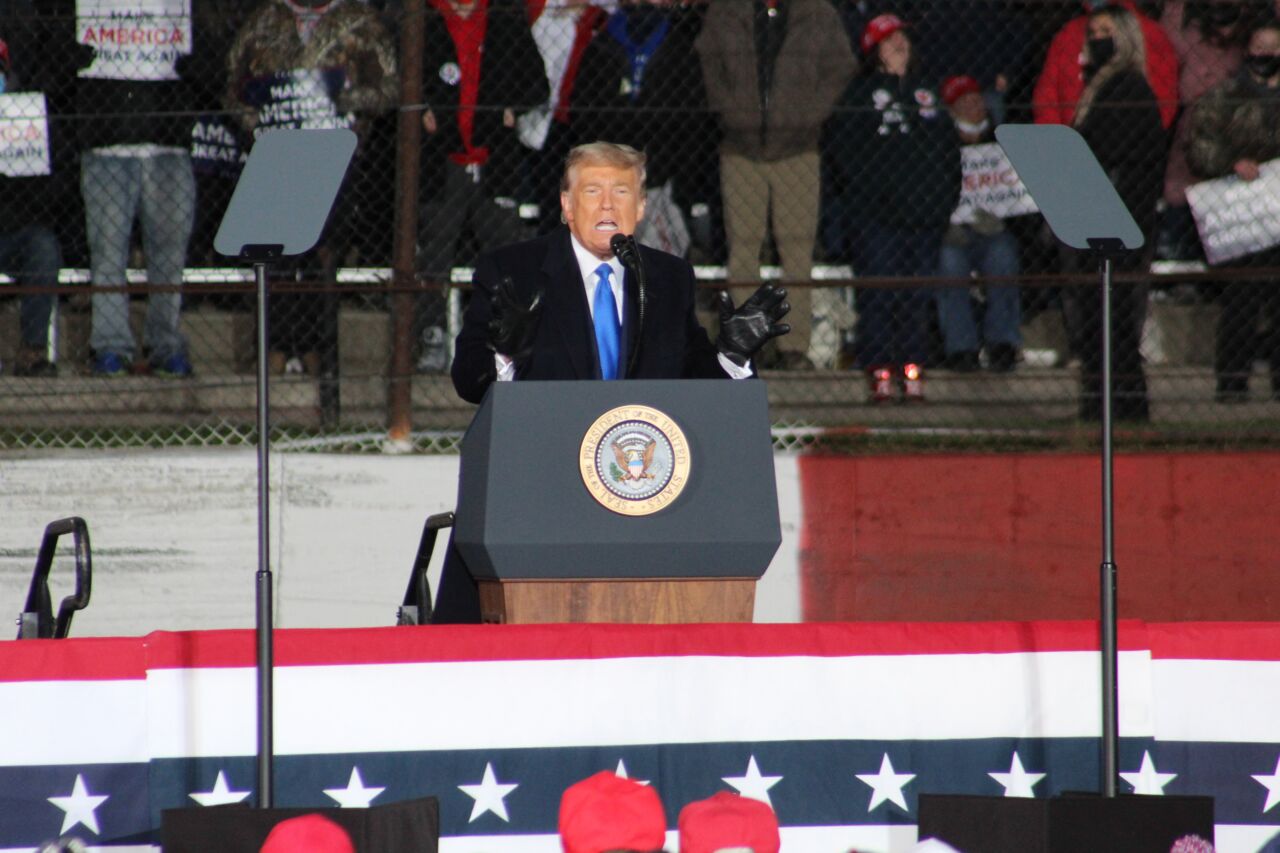 WEST SALEM, Wis. — President Donald Trump calls on La Crosse County voters to make America “wealthy,” “proud,” and “great” by giving him a second term in the White House, by way of a “great red wave.”

The president spoke for close to an hour on Tuesday afternoon to a crowd of over a thousand at the La Crosse Fairgrounds Speedway in West Salem.

Trump promoted economic and trade gains made during the last four years, and warned that “soft” and “weak” opponent Joe Biden and “socialists” would “destroy the country” if they’re elected on November 3rd.

After his motorcade made a lap around the West Salem racetrack upon arrival, Trump said scientists are “rounding the curve” on finding a vaccine for COVID-19, and predicted that the “fake news” media would stop talking about the pandemic once the election is over.

Trump also said he “saved” Kenosha during summer rioting by calling in the National Guard, and asked the crowd if anybody liked Democratic Governor Tony Evers, to which many people responded “No.” He called on Evers to reopen the state’s economy and schools.

Trump is the third incumbent president in the last 30 years to campaign in La Crosse County during the final week before the election. George H.W. Bush came to La Crosse in October of 1992, and his son George W. Bush spoke at Onalaska’s Omni Center in 2004.