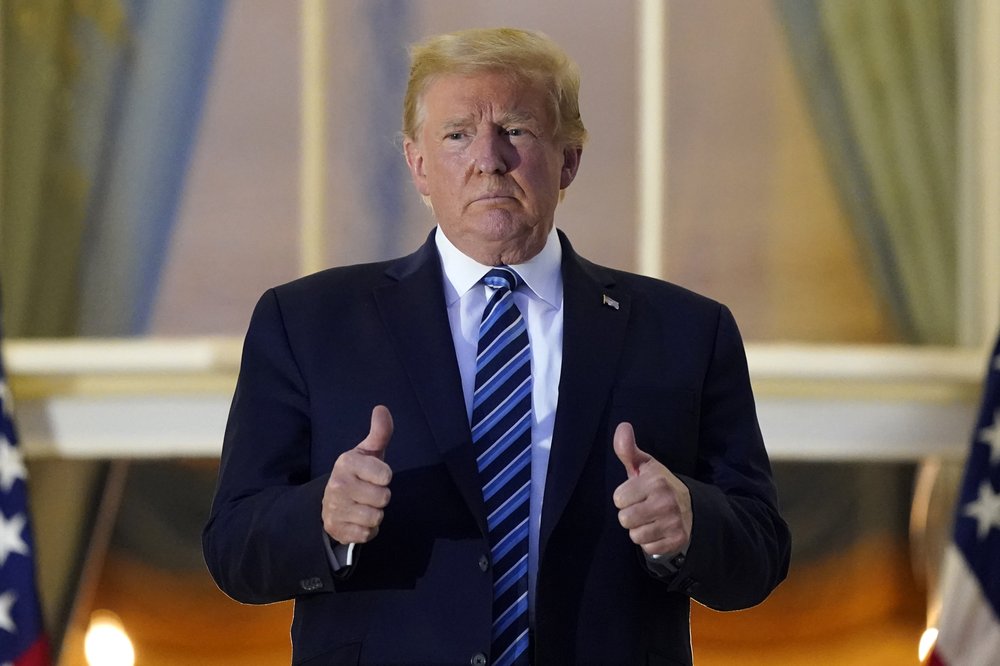 President Donald Trump stands on the balcony outside of the Blue Room as returns to the White House Monday, Oct. 5, 2020, in Washington, after leaving Walter Reed National Military Medical Center, in Bethesda, Md. Trump announced he tested positive for COVID-19 on Oct. 2. (AP Photo/Alex Brandon)

As President Donald Trump prepares for a rally in West Salem Tuesday afternoon, Democrats voiced opposition to the president’s visit.

“President Trump is planning a ‘super spreader’ event right here in our backyard,” Billings said. “I get it. If my hero, someone like Michelle Obama was coming to La Crosse, I would want to go. I would want to hear what she has to say. I would want to shake her hand, but during times of COVID-19, it is just not what we should be doing for our community.”

Also joining the conversation was Darin Von Ruden, president of the Wisconsin Farmers Union. He blamed the Trump administration for the loss of more than 2,350 dairy farms in Wisconsin.

“In my opinion, he is one of the most socialist presidents we have ever seen looking at all of the tax dollars that are being spent in agriculture mostly because of his trade wars, but also because of COVID too now,” Von Ruden said. “He has had a lack of leadership to get that under control and allow our economy to open up faster.”

Looking beyond dairy alone, the United States’ trade agreement with China is leading to all-time sales of corn, soybeans, pork, and other agricultural products. The USDA announced last week China has so far followed through on 71 percent of its Phase One trade commitments.

“We are putting all of our effort to get people out to vote and to make a change, and to remove this administration, and put in an administration under Biden and Harris that will lead this country in a very positive way, end the divisiveness, and unify us as much as possible.”

When asked how pushing for one political party over another can help end divisiveness, Smuksta said much of it comes down to gerrymandering.

“I think that it is important that Gov. Evers not face an issue with gerrymandering this time around,” he said. “If Republicans gain a supermajority, they will be able to produce another gerrymandered plan that will hurt the state for the next 10 years.”

Several Republican candidates such as Senate Candidate Dan Kapanke have agreed that their gerrymandering complaints have merit. Kapanke says he’s asked democrats to bring forth the maps they would draw up that would choose the legislative boundaries.