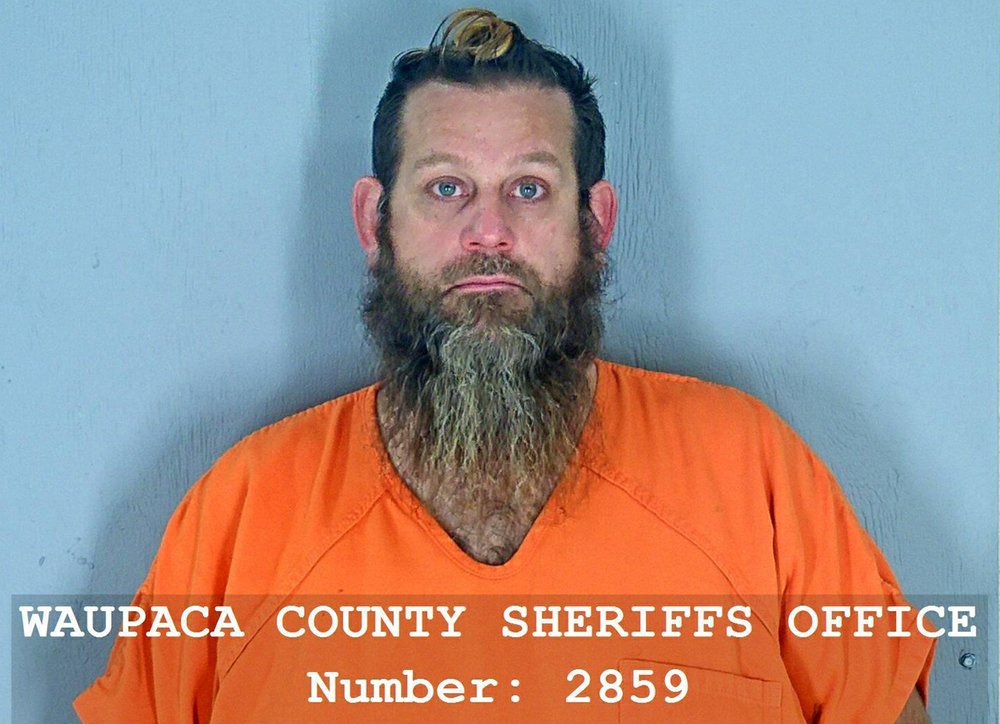 This booking photo released by the Waupaca County, Wis., Sheriff's Office, shows Bill Zelenski, accused of killing a young man in a dispute over stolen reptiles and has been charged with first-degree intentional homicide. Zelenski, 44, of Waupaca, is accused of shooting the 18-year-old late Monday, Oct. 19, 2020. The victim's name was not immediately released, but the victim’s mother, Tiffany Powell, 34, was charged with first degree intentional homicide as party to a crime. (Waupaca County Sheriff's Office via AP)

WAUPACA, Wis. (AP) — A Wisconsin man accused of killing a young man in a dispute over stolen reptiles has been charged with first-degree intentional homicide.

Bill Zelenski, 44, of Waupaca, is accused of shooting the 18-year-old late Monday. The victim’s name was not immediately released, but the victim’s mother, Tiffany Powell, 34, was charged with first degree intentional homicide as party to a crime.

Their attorney did not immediately return a call seeking comment Thursday.

The dispute was over $27,850 worth of reptiles and equipment, WLUK-TV reported. Waupaca County Judge Ramond Huber ordered Zelenski held without bond. Powell was jailed on a probation hold, but the judge also set a $500,000 cash bond.

According to a criminal complaint, Zelenski called authorities Monday night to identify two young people who he said burglarized his home last week. According to the complaint, several reptiles — including Mexican bearded lizards worth $17,000 — were taken.

A doorbell camera captured most of the altercation, though the complaint doesn’t say whether that included the fatal shot. At one point, the video shows Zelenski handing the gun to Powell, who pointed the gun at her son before eventually giving the gun back to Zelenski, who told a 911 operator that he shot the victim after the young man attacked him.

“He took that boy under his wing,” Crystal Zeske, a longtime friend of Zelenski, told the station. “He was good friends with the boy’s mother. The boy, he took him on jobs. He worked at a tree service with him. He got him other odds and ends jobs in places. I thought they were pretty tight.”