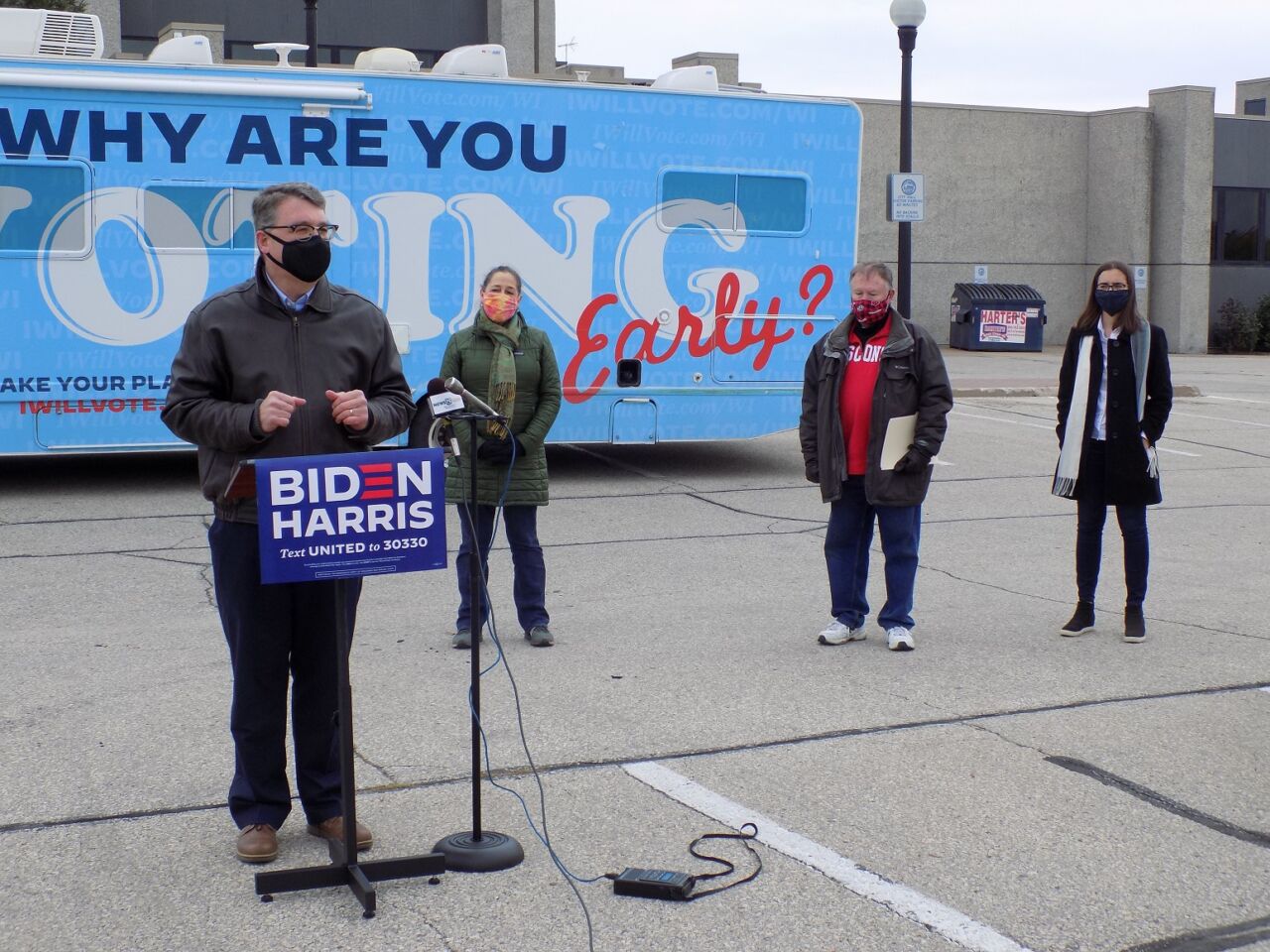 Four La Crosse area candidates for the legislature promoted the Joe Biden presidential campaign at a local stop by the state Democratic Party’s “Get Out The Vote” bus.

Members of the state party stopped at La Crosse City Hall on Saturday, between scheduled visits to Hudson and Milwaukee.

Doyle said that the 3rd Congressional District of Wisconsin, and the 32nd Senate District including La Crosse, are “where the action is” in deciding whether Biden or Donald Trump will take Wisconsin in the November 3rd election.

Jaynes. a Readstown resident who is 18 years old, is challenging Republican Rep. Loren Oldenburg of Viroqua,

Jaynes said Biden understands why leaders need empathy, and argues that President Trump lacks empathy and the “ability to lead.”