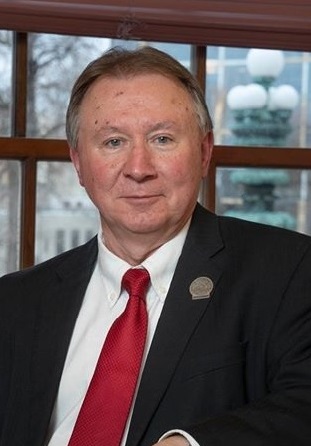 Doyle has represented the 94th Assembly District since 2011. A local debate last week gave him the chance to speak with his opponents, Republican Kevin Hoyer, and Independent LeRoy Brown.

“I think multiple perspectives is a good thing,” Doyle said regarding the rare conversation among three parties. “That is my whole reason for being in government is to look at different sides, not just the Democratic or the Republican side. I think it is good for the voters to hear that there are not just two sides to a story.”

As a Democrat in a Republican-leaning district, Doyle is proud of his ability to reach across the political aisle. He noted the Legislative Reference Bureau declared him the most bipartisan member of the State Assembly in the summer of 2020.

“What that tells people is that I’m not a puppet of anybody,” Doyle said. “I look at the merits of the issue, and I really put it through the funnel of what’s best for my district and what’s best for the State of Wisconsin.”

He believed the most pressing issue in this election is the pandemic and the response, or a lack thereof, to what was happening. Doyle expressed frustration that the legislature has not met to provide a united front against the virus.

“The Governor has tried to get the attention of the legislative leadership, and it is not happening,” he said. “I’m willing to hope in my car and drive to Madison today to start debating and studying this issue so that we can do that present something to the voters of Wisconsin.”

He saw damaging effects to the economy as collateral of not being able to come together.

“We have small businesses going out of businesses every day. We have people who are, by their own choosing for safety purposes, not leaving their home. We have mental health and addiction issues rearing their ugly head. We need to do something. We have to quit pointing fingers.”

“Too many people in Wisconsin don’t have health insurance, and so their health care plan is going through the emergency room door,” Doyle said. “There’s cost-shifting so those of us who do have insurance plans end up paying for that, which raises costs for everyone.”

In terms of education, he saw students who are impacted by the pandemic.

“We have to figure out how to get that back on track so they can regain that lost time. We have to fully fund our school so they can provide the best education.”

He also noted 20 percent of the roads in Wisconsin are deemed in poor condition.

“There’s a tough budget coming ahead, but we still have to remember that it is those roads that get the economy going to get those products to market,” he said.

The district Doyle represents is unique in that it blends urban and rural communities including the City of Onalaska and small towns such as West Salem, Holmen, and Bangor.

“All have their particular needs and their particular perspectives, so in addition to it being a Republican-leaning district represented by a Democrat, there’s the competing interest within that district, which forces me to listen,” he said. “I listen to the people here rather than the people 130 miles away in Madison.”

He credited part of his negotiation ability to his career as a lawyer, which transferred into his positions with the La Crosse County Board even before serving as a representative for the 94th Assembly District.

“I do a lot of mediation,” Doyle said. “You have to figure out ways to get people on the same page. I take things to Madison and say it doesn’t have to be all or nothing. There are ways to make it a win-win, and I think I’ve done a good job on that. The reason I got into politics goes back to when I first ran for the county board. My main interests were helping vulnerable people.”

He said Republicans often came to him for advice, co-sponsorship of bills, and leadership opportunities such as serving as the co-chair of a task force on foster care as well as chair of a suicide prevention task force.

“It is not partisan, but it is so important to us,” he said. “The fact that I’m being asked by Republicans to help lead and sink my teeth into these issues means a lot to me.”

Doyle said some of the promises made and kept during his time in office include tax relief for working families, extending SeniorCare to help with rising prescription drug costs, and opposing $1.6 billion in public education cuts.