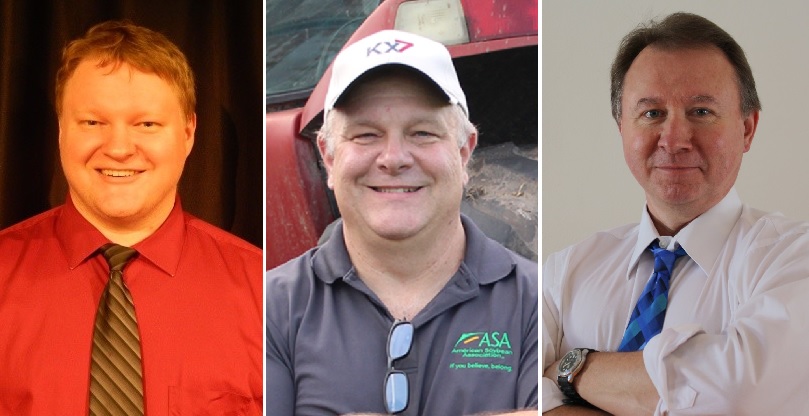 Asked about campaign cash, as the election nears its end, all three candidates for the 94th Assembly District were in tune to the idea of getting that money out of politics.

Though, that might be the easiest thing a candidate can say. Most of the public agrees. And so did all three candidates — Democratic incumbent, Rep. Steve Doyle, Republican challenger Kevin Hoyer and Independent challenger Leroy Brown — to varying levels this week on La Crosse Talk PM.

“Money has gotten out of control in politics,” Doyle said Thursday on WIZM, after listing what seemed like every type of campaign finance reform in existence and that he would support them all.

Doyle has a huge money advantage in the race, which he so nicely explains later. Hoyer wasn’t happy about where that money was coming from — making a similar argument Republican candidate Dan Kapanke in the 32nd Senate District made during a debate Tuesday.

“When the governor of Illinois donates $2.5 million to the Democrat(ic) Party of Wisconsin,” Hoyer said Wednesday on WIZM. “That governor is the richest politician in the country. He’s got a higher net worth than our own president.

“Or we have a doctor from California that throws $2.3 million into the races in Wisconsin. There’s something wrong with that. Why is money coming from California, Illinois, New York into La Crosse County? That has to be answered.”

At least part of the answer is the Republican-led legislature and then-Gov. Scott Walker changing the rules back in 2015.

“They did a couple things,” Doyle, who’s held the 94th Assembly seat since 2011. “One is that they doubled the donation limits. But the other thing that they did was they made it so that you can do unlimited fundraising with what are called the legislative committees — so the Republican Assembly Campaign Committee, the Democratic Campaign Committee.

Doyle mentioned Assembly Speaker, Republican Rob Vos often talking about raising $8 million for his committee and then being able to decide which candidates — including Hoyer — would get money and how much.

“What that does is it consolidates power in the leadership,” Doyle said.

“Earlier this year,” Doyle said, “I was looking at Republicans spending $1 million against me, for a job that pays $50,000 a year. Something is wrong with this system.”

Doyle added that, hearing that threat from Vos flooding the 94th with cash, that the Democratic Party had to keep pace.

“So, I’ve gotten some pretty significant donations from the Democratic Party,” Doyle said. “But, for whatever reason, Speaker Vos decided that the district was no longer a priority, and he really hasn’t put much money in, so I’m hoping that I’ll be able to end this campaign with a lot of money in the bank and maybe even give some back.”

There has been legislation in the past to reel back in spending in Wisconsin politics. Democratic Sen. Chris Larson of Milwaukee, introduced legislation in 2019 called the Campaign Integrity Package. There didn’t appear to be any bills in 2020 to do the same. Then again, the GOP-led Legislature has only met once since mid-April, aside from a 30-second session to ignore policing bills.

Brown, Wednesday on WIZM, admitted he was the underdog in this race. We bounced around the idea of everyone getting the same money in one way or another. Even with these Assembly and Senate committees banking cash to divvy out, we toyed with the idea of putting all that money — Republican and Democratic cash — into one pot and then giving everyone the same cash. Call it campaign socialism.

“Probably a lot of wallets would close up fast,” Brown said laughing. “But that might not be a bad thing.”

Hoyer was somewhat interested in the idea, as well.

“We need to start somewhere by saying maybe we only have so much money we deal with and everyone has the same piece of the pie, going into it,” he said. “When I’m elected, I will certainly look at that hard.”

Brown added he wasn’t all that comfortable asking people for money for his campaign and, of course, there is now no state “Independent” committee handing out cash.

“As we see with both parties spending millions of dollars out there, it’s a very expensive process to run for office these days,” he said. “If we all had a common starting point, I think you would get stronger debate, you would get more voices out there.”