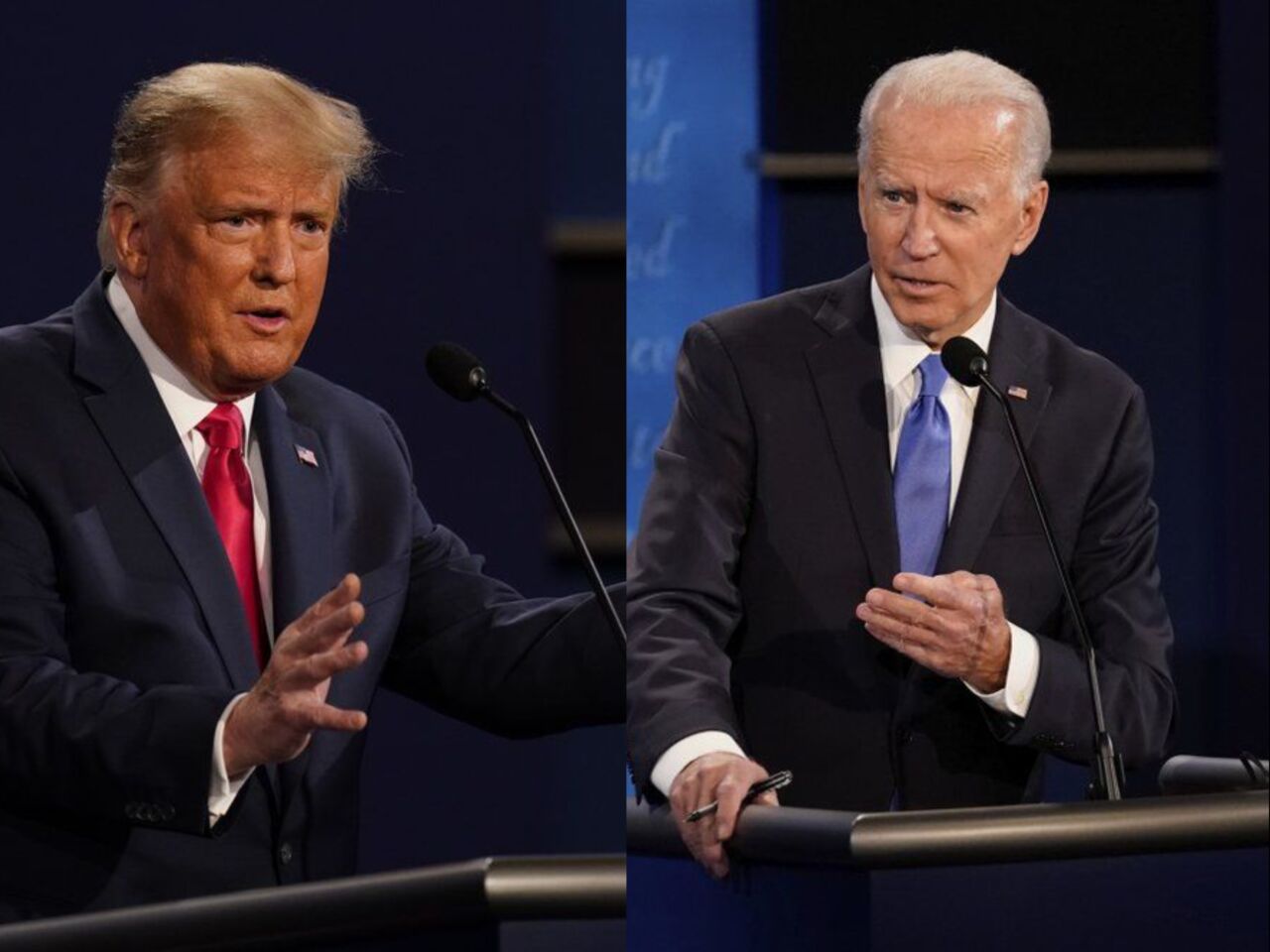 WASHINGTON (AP) — President Donald Trump and Democratic challenger Joe Biden met for the second and last time on a debate stage after a previously scheduled town hall debate was scrapped after the Republican incumbent became one of the millions of Americans to contract coronavirus.

For Trump, the matchup at Tennessee’s Belmont University Thursday was perhaps the final opportunity to change the dynamics of a race dominated, much to his chagrin, by his response to the pandemic and its economic fallout. For Biden, it was 90 minutes to solidify an apparent lead less than two weeks before the election.

Here are key takeaways: COVID-19 STILL A DRAG FOR TRUMP

Trump’s difficulty articulating a defense of his handling of the coronavirus remains a drag on his campaign. The opening topic of the debate was entirely predictable — Trump has received variations of the same question in interviews and has rarely delivered a clear answer.

Asked to outline his plan for the future, Trump instead asserted his prior handling was without fault and predicted a rosy reversal to the pandemic that has killed more than 220,000 Americans.

Biden, who has sought to prosecute Trump’s handling of the virus in his closing pitch to voters, came prepared. “Anyone who’s responsible for that many deaths should not remain as president of the United States of America,” he said.

Trump and Biden each sought to position himself as the defender of American’s health care, keenly aware that it ranked among the top issues for voters even before the coronavirus pandemic struck the nation.

But Trump’s efforts to repeal and undermine the Obama-era Affordable Care Act proved to be a liability, as Biden hammered his efforts to strip coverage from tens of millions of Americans and his lack of a plan to cover those with preexisting conditions.

Biden, by contrast, fended off Trump’s attack that his plan to reinforce the Obama-era law with a “public option” amounted to a step toward socialized medicine by relying on his well-established public persona — and his vanquishing of Democratic primary rivals with more liberal health care policies.

“He thinks he’s running against somebody else,” Biden said. “I beat all those other people.”

TRUMP TONES IT DOWN

Three weeks after drawing bipartisan criticism for his frequent interruptions and badgering of his Democratic rival, Trump adopted a more subdued tone for much of the debate.

Trump took to asking moderator Kristen Welker for the opportunity to follow up on Biden’s answers — “If I may?” — rather than just jumping in, and he thanked Welker repeatedly to boot.

From the first question, this debate seemed different from round one, when Trump’s incessant interruptions and flouting of time limits derailed the 90-minute contest from the outset.

Sure, there still were digs.

“We can’t lock ourselves up in a basement like Joe does,” Trump said, reprising his spring and summer attacks on Biden staying at his residence rather than campaigning in-person amid the pandemic.

The two men had a lengthy back-and-forth about their personal finances and family business entanglements.

But on the whole, voters at home got something they didn’t get on Sept. 29: a debate.

It marked a recognition by Trump that his bombastic side was a liability with the seniors and suburban women voters who have flocked from the GOP to Democrats.

Aiming to alter the trajectory of the race, Trump returned to a tactic that he believes boosted him to the Oval Office four years ago — staccato personal attacks on his opponent.

Trump repeatedly leveled unsupported allegations against Biden and his son Hunter in an attempt to cast his rival and his family as corrupt.

Trump offered no hard proof for his assertions, and he has a record of making claims that don’t withstand scrutiny.

When the Democrat sought to change the subject from the president’s attacks on his family to issues more relatable to voters, Trump fired back with the charge that Biden’s canned line reflected him being “just a typical politician,” mockingly adding, “Come on, Joe, you can do better.”

Both candidates struggled to explain why they weren’t able to accomplish more while in office, falling to the familiar tactic of blaming Congress for its inaction.

A larger question may be whether voters are moved at all, especially those undecided voters whom both candidates are trying to win over, especially given that more than 47 million Americans have already cast ballots.

With centuries of institutional racism coming to a head in 2020, it’s been a bit of disconnect to see a 74-year-old white Republican and a 77-year-old white Democrat battle for the presidency. Trump and Biden did little to dispel that disconnect.

Welker offered both multiple opportunities to talk directly to Black Americans. Both men said they understood the challenges Black citizens face, but the segment amounted mostly to them blasting each other.

Trump blamed Biden as an almost singular force behind mass incarceration, especially of “young Black men.” Trump declared himself “the least racist person in this room” and repeated his claim that “nobody has done what I’ve done” for Black Americans “with the exception of Abraham Lincoln, possible exception.”

Polls suggest many young voters of color do not support Trump but aren’t particularly enthusiastic about Biden either. It’s unlikely their final debate altered that view.

Trump and Biden faced off on global climate change in the first extensive discussion of the issue in a presidential debate in 20 years.

Biden sounded the alarm for the world to address a warming climate, as Trump took credit for pulling the U.S. out of a major international accord to do just that. Trump asserted he was trying to save American jobs, while taking credit for some of the cleanest air and water the nation has seen in generations — some of it a holdover of regulations passed by his predecessor.

Biden, tapping into an issue of particular importance to his base, called for massive investment to create new environmentally friendly industries. “Our health and our jobs are at stake,” he said.

Biden also spoke of a transition from the oil industry, which Trump seized upon, asking voters in Texas and Pennsylvania if they were listening.

Biden finally got a chance to talk a little foreign policy. But only a little. The former vice president loved the topic in the early months of the Democratic presidential primary, but the general election has been dominated by the pandemic and other national crises.

It certainly wasn’t a deep dive into a pool of complex issues.